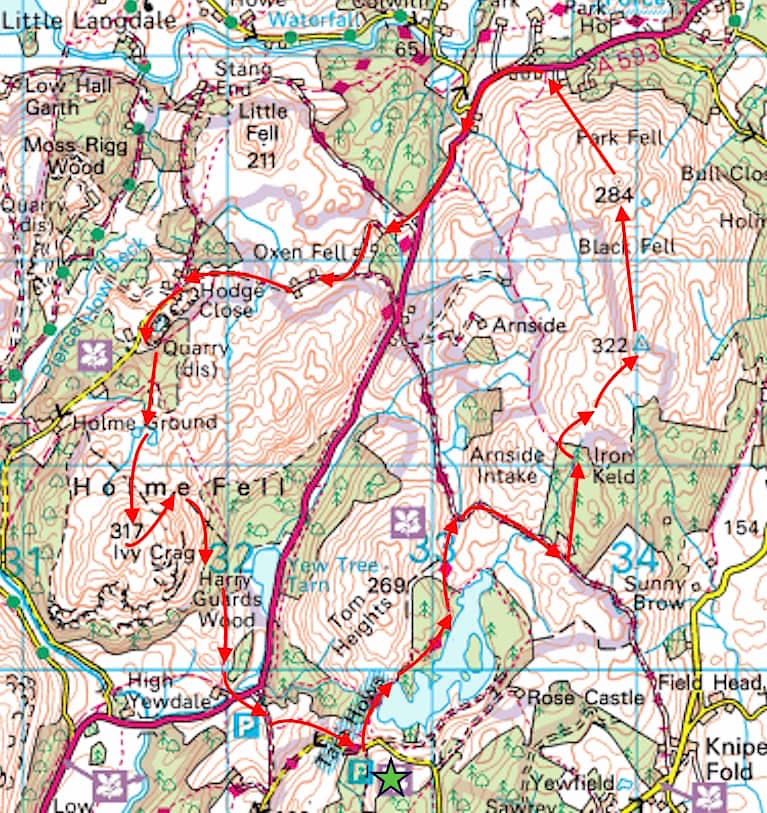 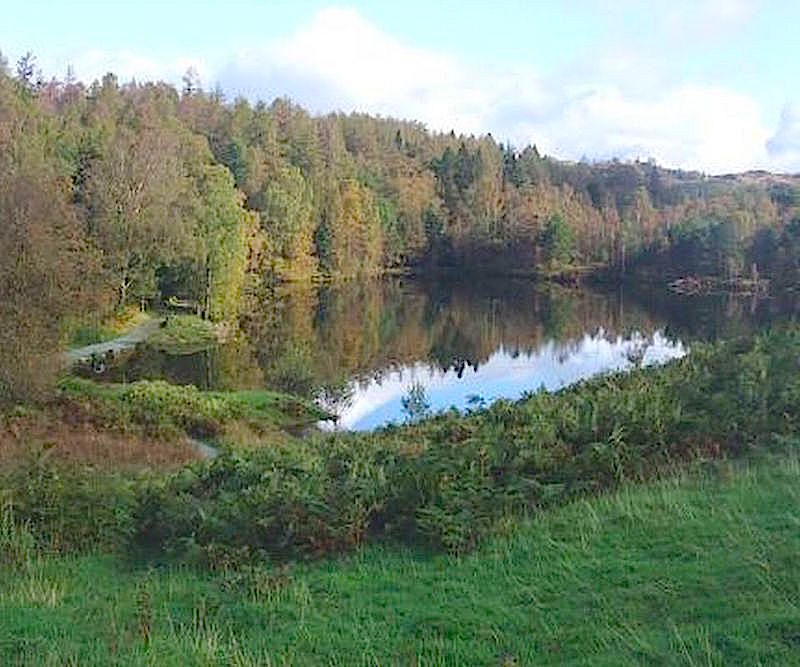 Its a beautiful, still morning in early autumn. The autumn term started last week so there are no families here now, there’s not a ripple on the water, the leaves are beginning to change colour, the bracken is starting to die back and all is peaceful and quiet at Tarn Hows. I think I got carried away by the charm of it all as the next few shots will show ….. 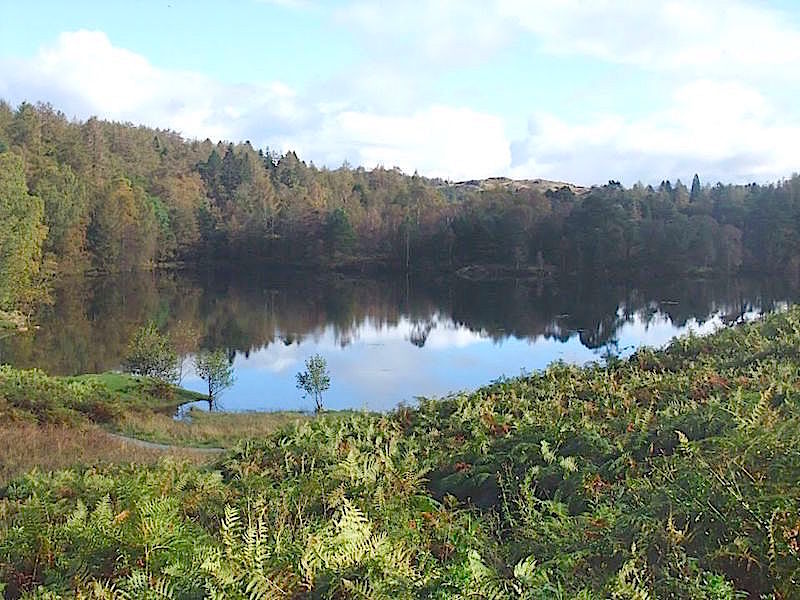 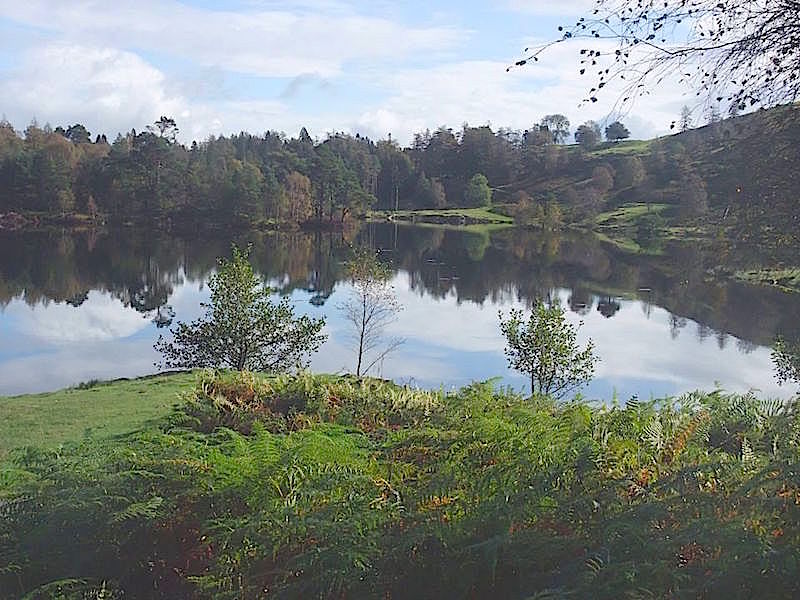 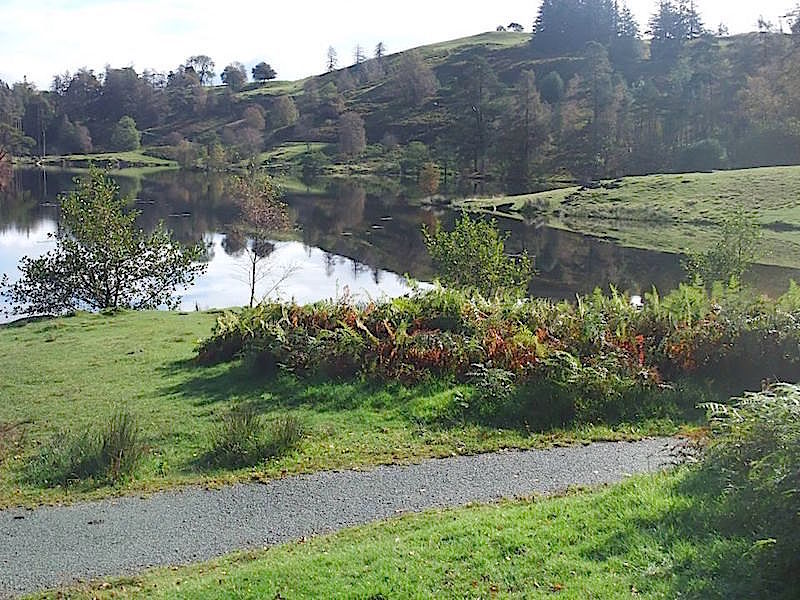 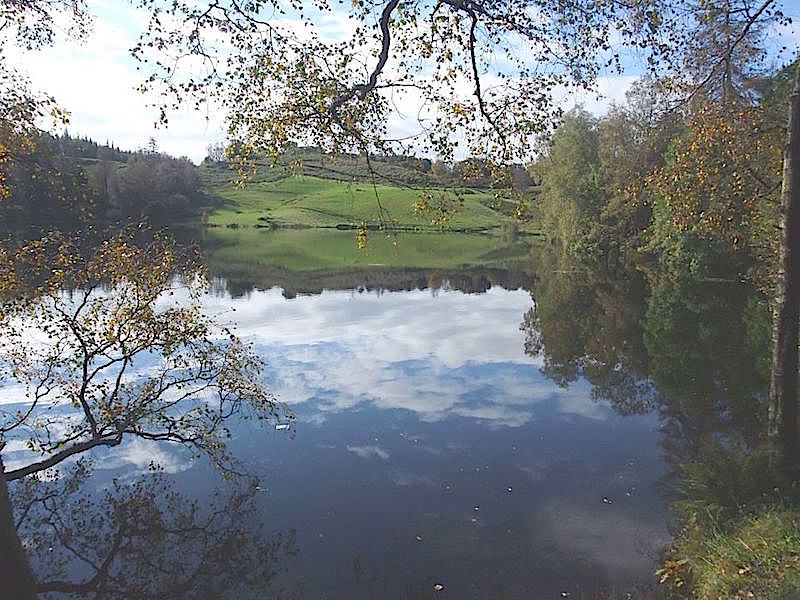 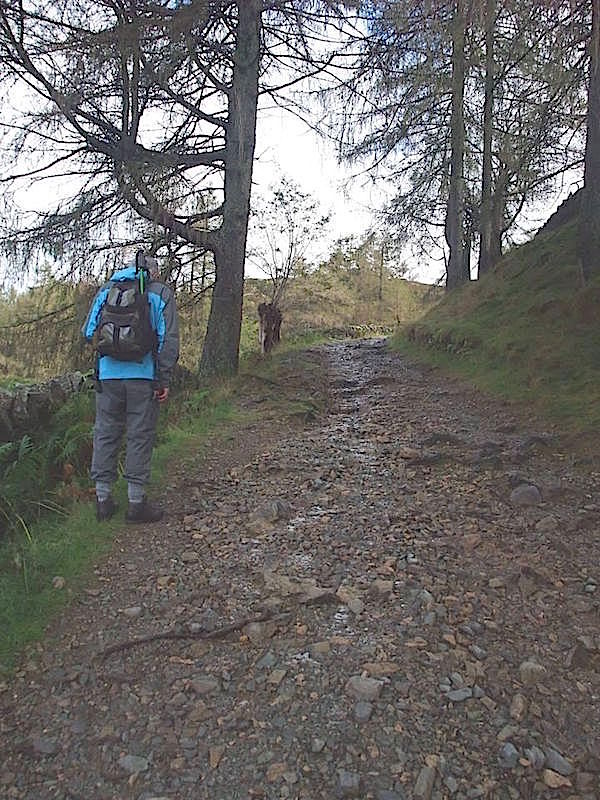 Having started out in glorious sunshine we had just gone through the gate and onto the Iron Keld plantation path when the heavens opened and we were treated to a short, sharp shower, hence the waterproof jacket. 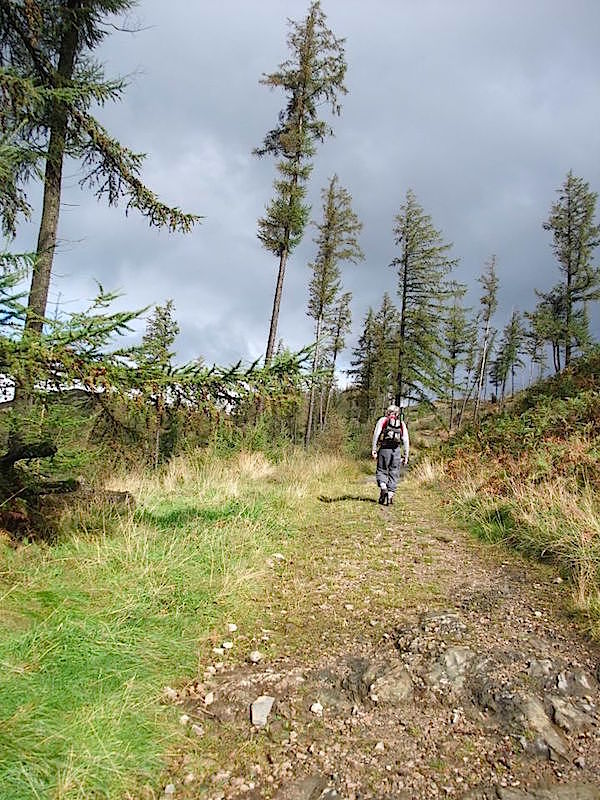 As quickly as it came the shower passed over, the sun returned and so the jackets went back in the packs. 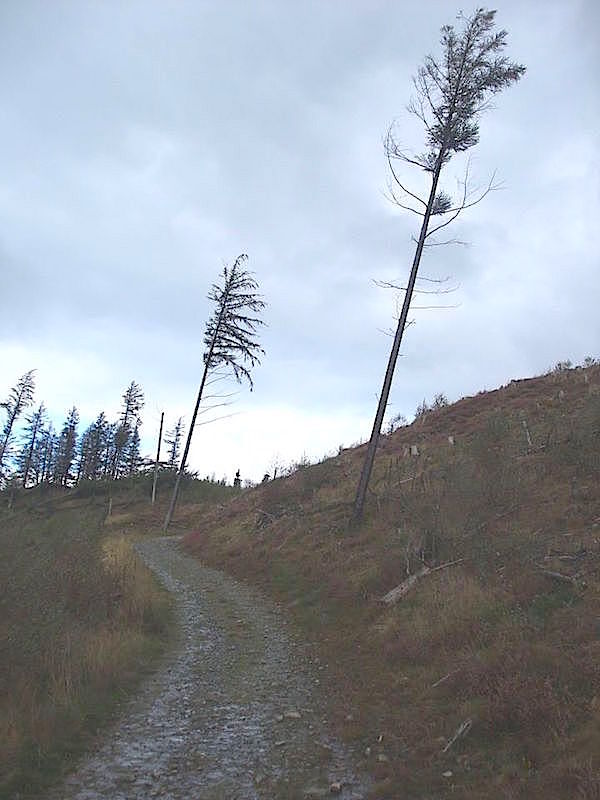 A matter of yards further on the Iron Keld plantation path and, having put the jackets back in the packs, along came another short, sharp shower. Jackets back on again, grrr. Sometimes, in weather like this, it feels as though you spend as much time dressing and undressing as you actually do walking. Fortunately this was the last of it, although it did look a bit threatening occasionally. 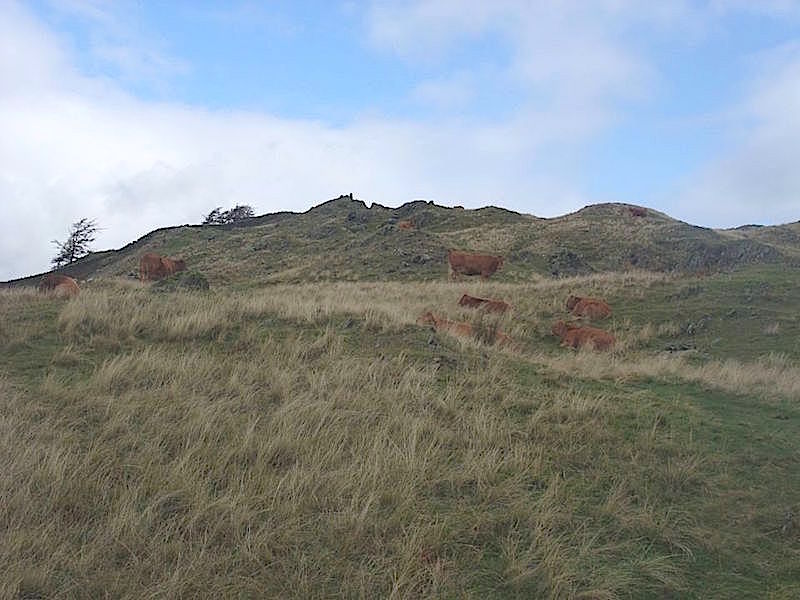 Approaching Black Crag, the summit of Black Fell, with a herd of contented cows loafing around. 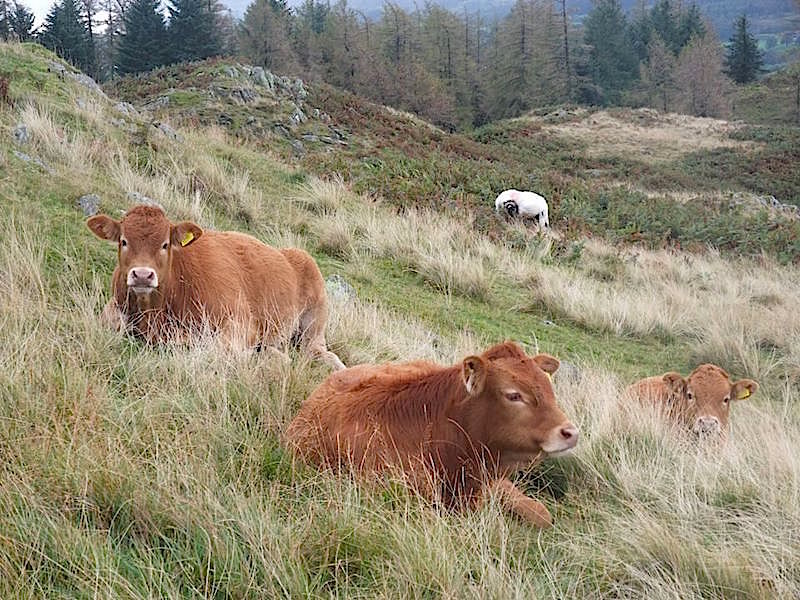 ‘What is this life if, full of care, we have no time to stand and stare. No time to stand beneath the boughs and stare as long as sheep or cows.’ (from the poem ‘Leisure’ by William Henry Davies.) 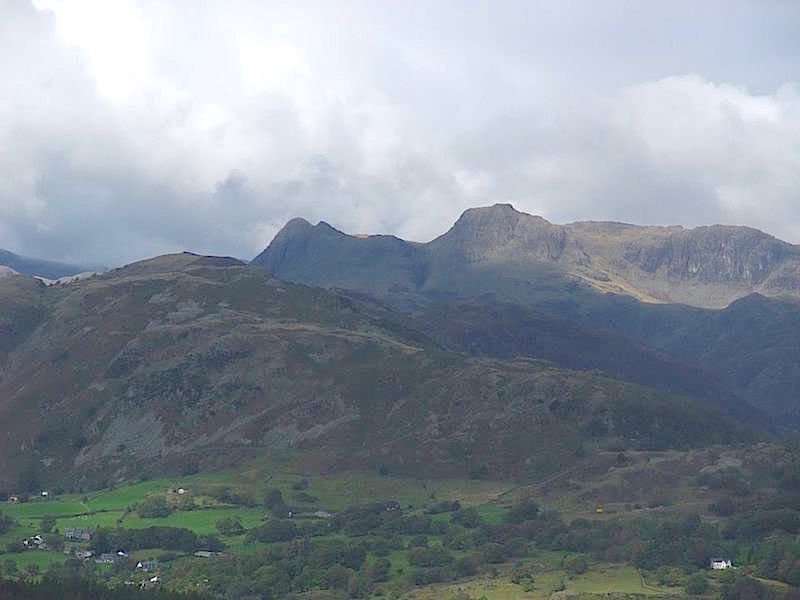 I’ve no idea what the cows were staring at but I always have to stand and stare at this particular sight no matter what angle I happen to be viewing it from. The Langdale Pikes standing tall above Lingmoor Fell. I had hoped for all of them to catch the sun but it never quite happened. 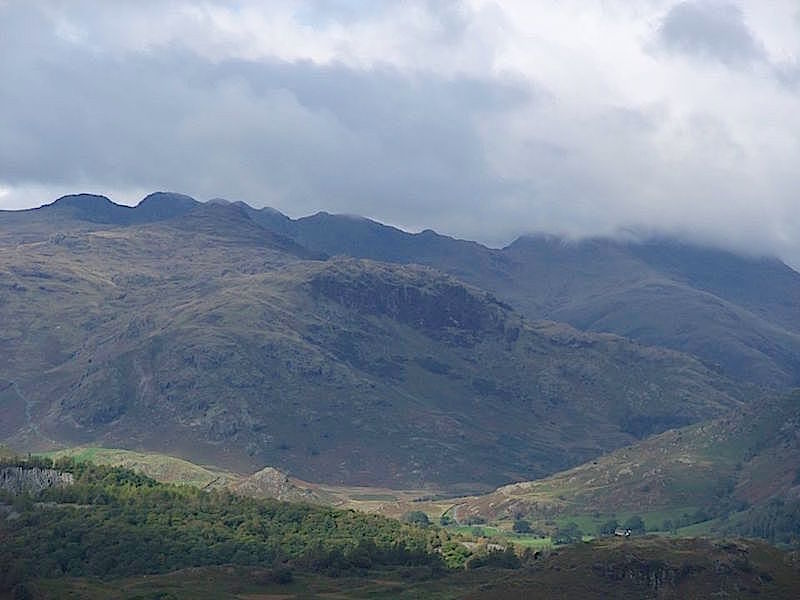 Another sight worth standing and staring at, Crinkle Crags, on the left, with Bowfell under cloud on the right. 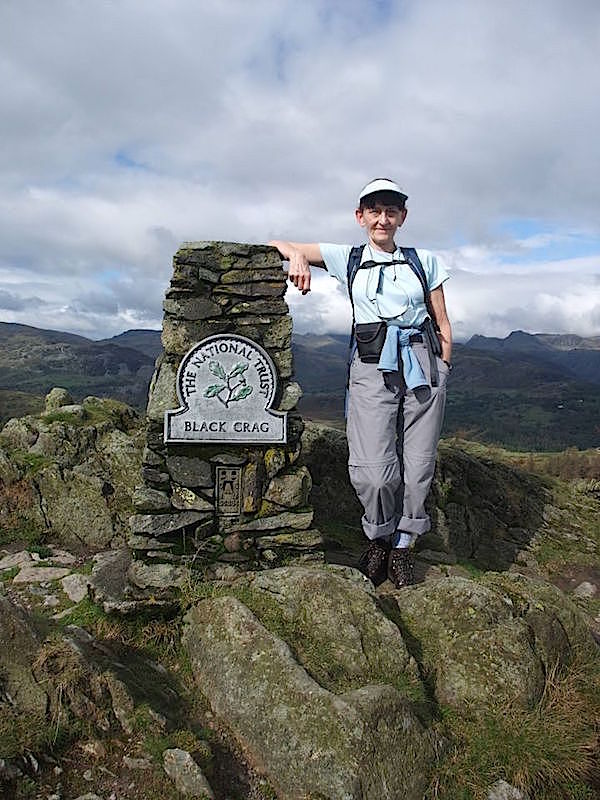 “While you’re doing all this standing and staring, just lean against the trig point to give it some scale and I’ll take a photo of it.” 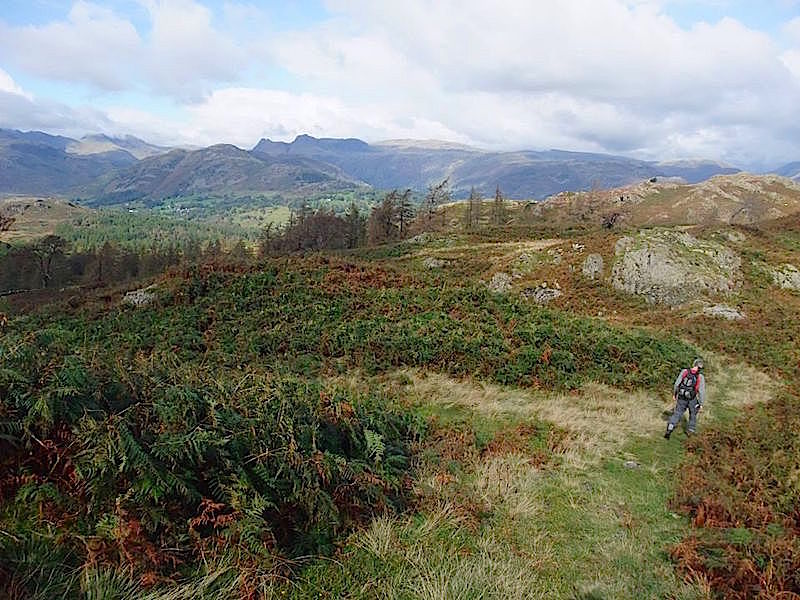 From Black Crag the plan was to head over to the left to Arnside, not to go straight ahead, so things seem to have gone a little out of kilter. I’ll wait and see how things turn out then. 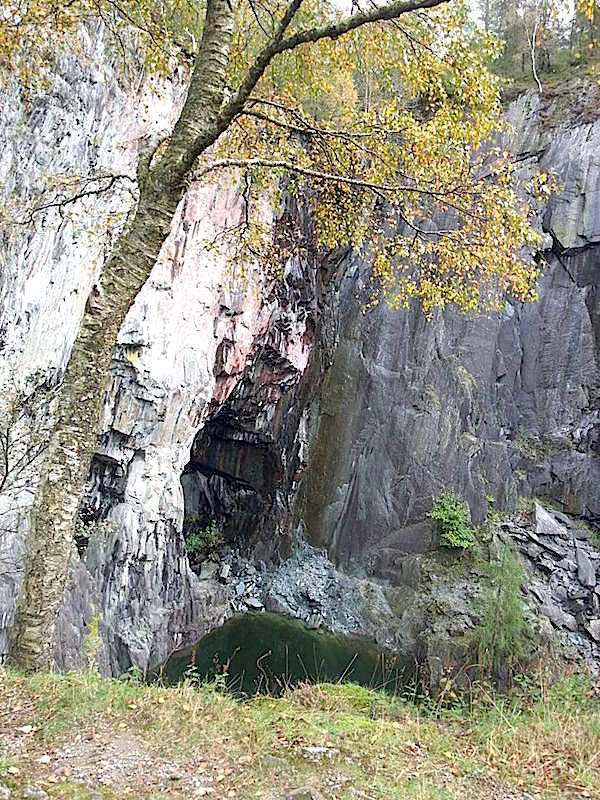 Well, that was an unintended detour to get to this point at Hodge Close Quarry. From Black Crag, across to Park Fell and down onto the A593. Then back up the A593 to pick up the path just below Arnside to take us over Oxen Fell and then to here. If we had turned left as intended, and as mentioned in the previous caption, we would have avoided all that and we might have been on Holme Fell by now. 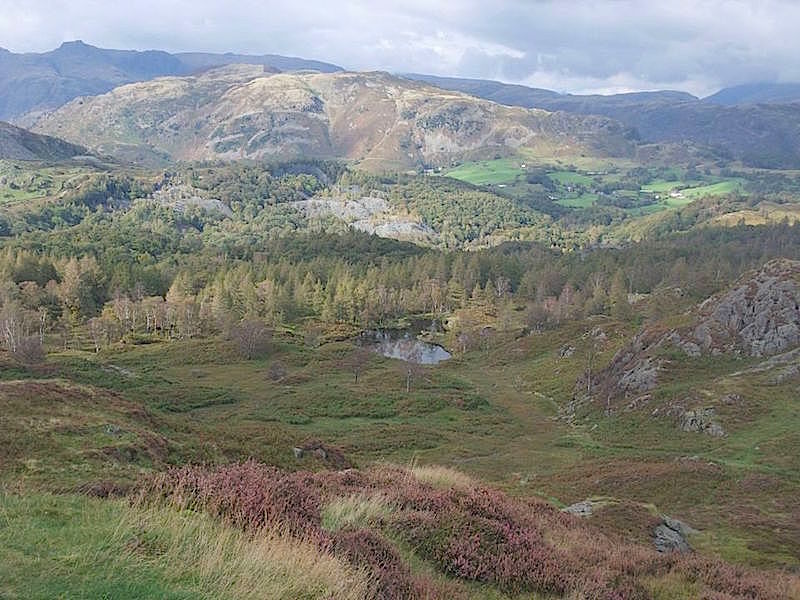 From the quarry we pick up the path to Holme Fell, from where I take a look back at the route and the disused reservoir. The greyish areas just above the reservoir are the quarrying spoil heaps. 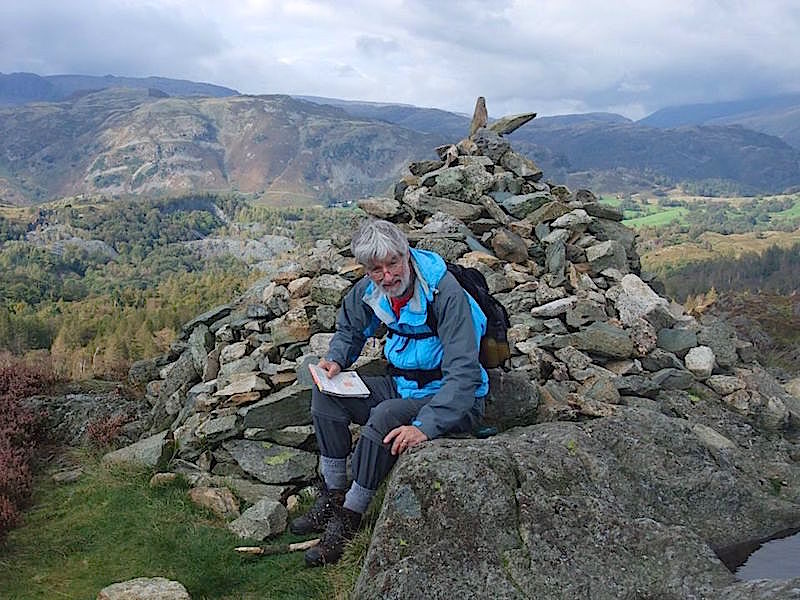 No, that’s not a large hare sitting behind the Holme Fell cairn with its ears sticking out above it, just a couple of long stones placed there by someone with a tendency towards the whimsical. 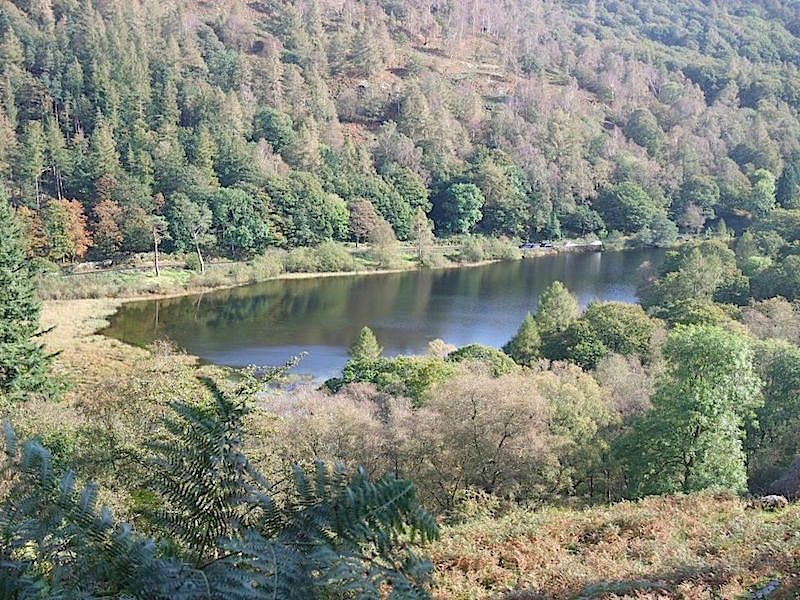 Making the descent from Holme Fell with a view of Yew Tree Tarn. The A593 runs through those trees alongside the far shore of the tarn and that’s where we are making for. Once across it we have a steepish climb back up to the car park at Tarn Hows. Well, the intended route went a little awry between Black Fell and Holme Fell but we got to where we’d intended eventually, so all’s well that ends well then.