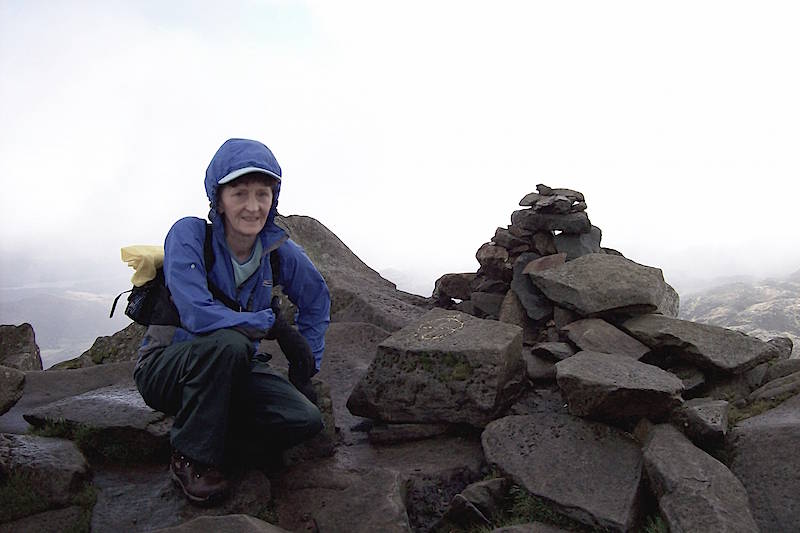 A damp and cloudy morning with not much by way of views as we walked up The Band from the Old Dungeon Ghyll Hotel car park. By the time we got here, on the summit of Bowfell, the cloud had thinned a little giving some misty glimpses of the neighbouring fells. 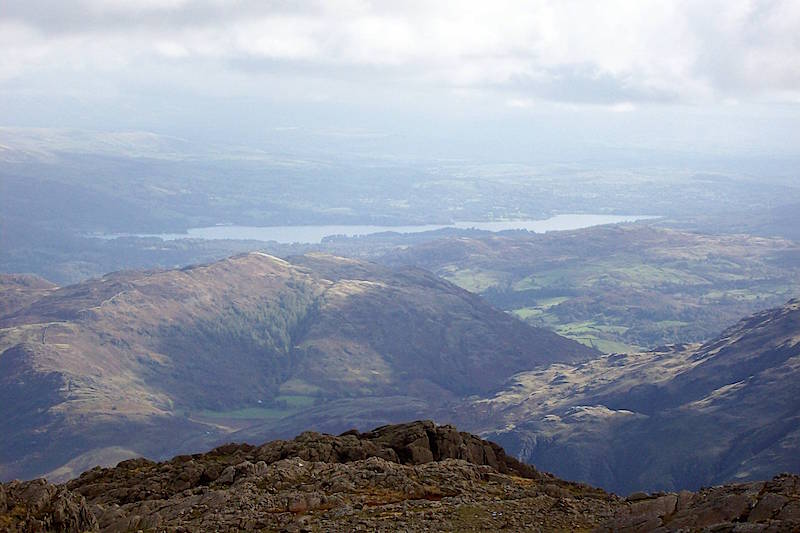 Lingmoor Fell with Windermere behind it from Bowfell. 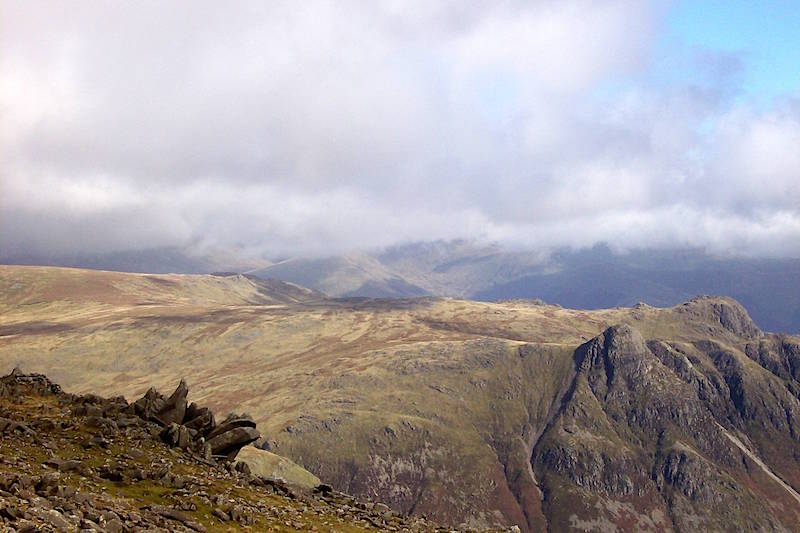 The Langdale Pikes from Bowfell, but the persistent low cloud prevented us from viewing what AW described as ‘ a glorious panorama’ from the summit. 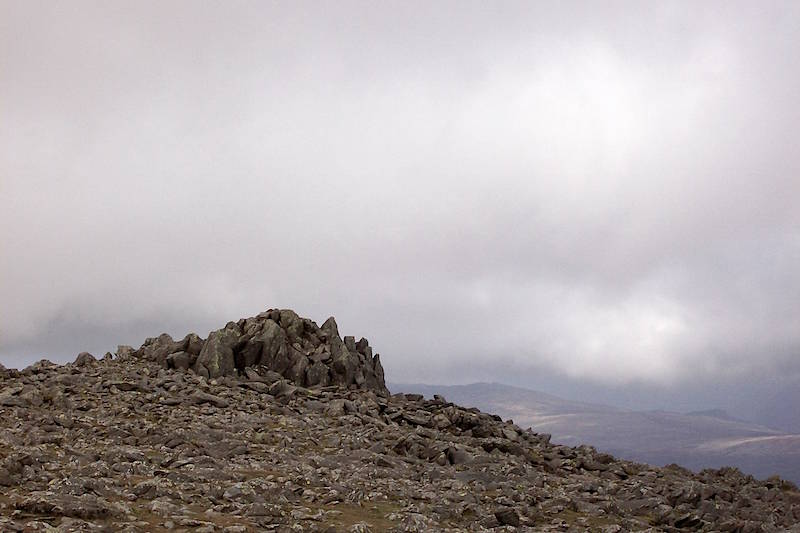 There no mistaking where the summit is ….. 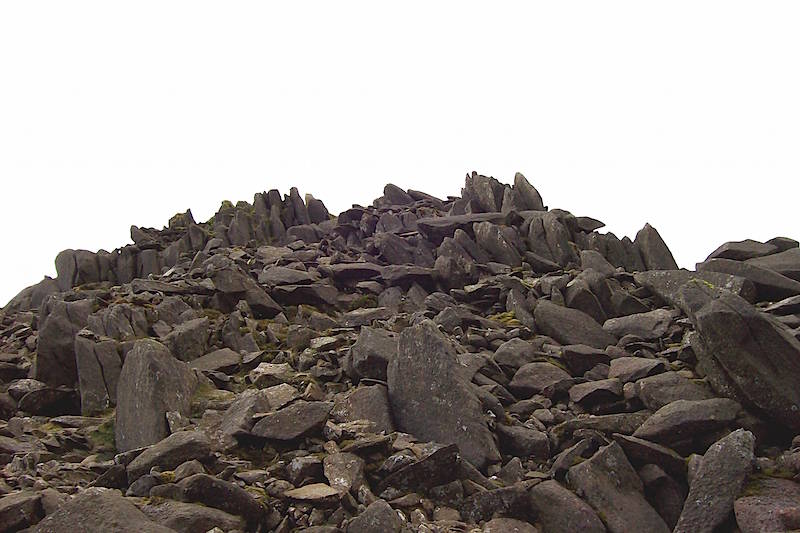 ….. and all around you the loose jumbled rocks are just waiting for you to put a foot wrong. 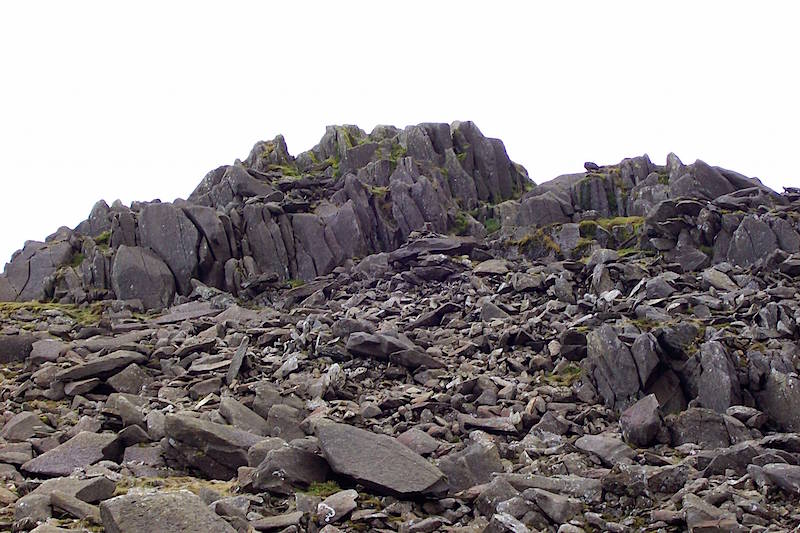 AW’s description of Bowfell summit –
‘a shattered pyramid, a great heap of stones and boulders and naked rock, a giant cairn in itself’ 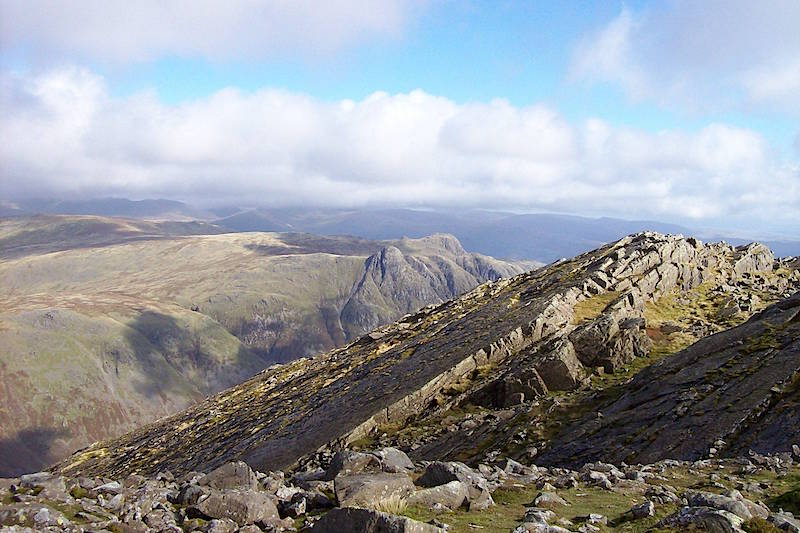 We were lucky enough to have a spell of sunshine while we were exploring on the summit so I was able to grab this shot of The Great Slab of Flat Crags with the Langdale Pikes behind it. 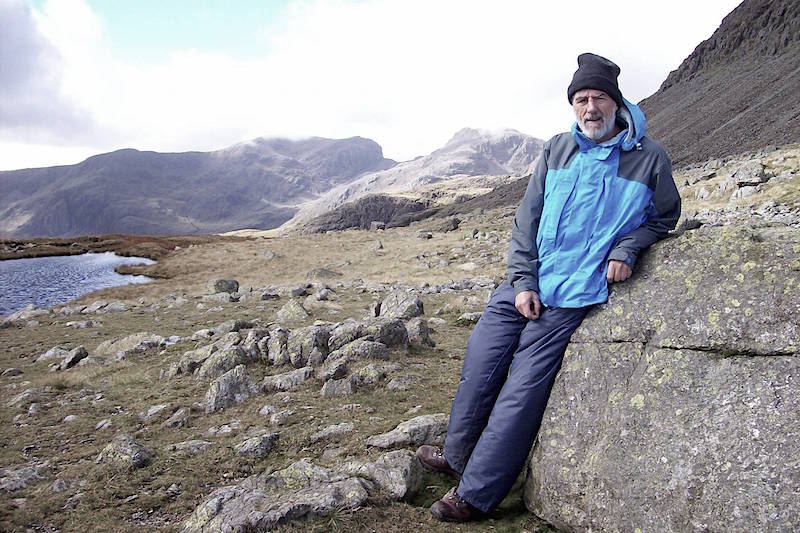 After having a good look round and a bite to eat up on the summit we made our way back down to the Three Tarns col. It was extremely windy here as the ballooning waterproof trousers demonstrate. 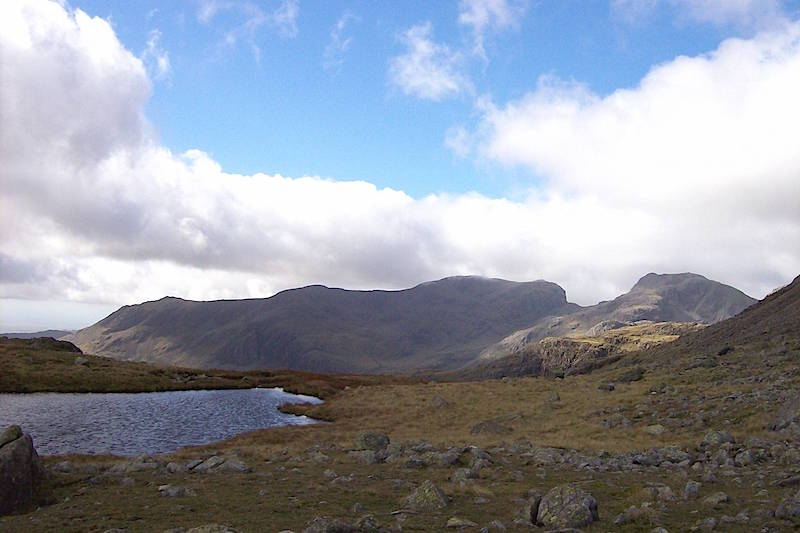 One of the three tarns up here and a great view of Scafell on the left of Mickledore, the U shaped gap, with Scafell Pike to the right of it. 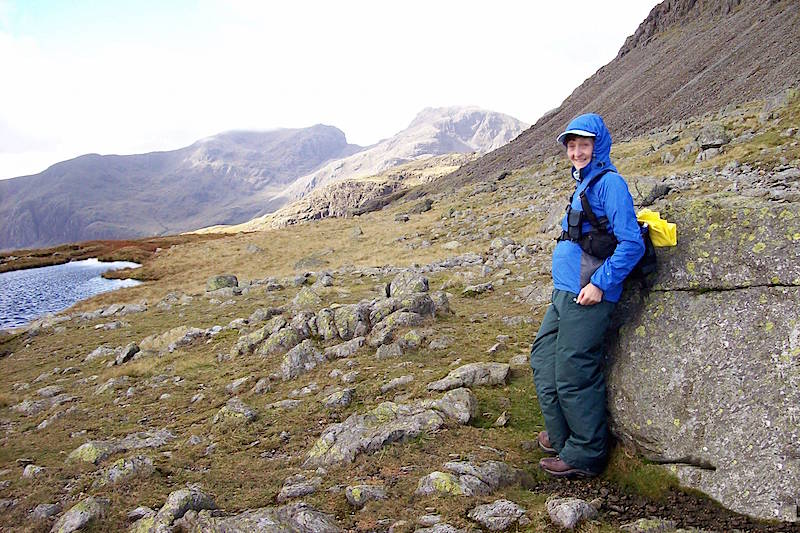 Still windy so its my turn to have inflated trousers. 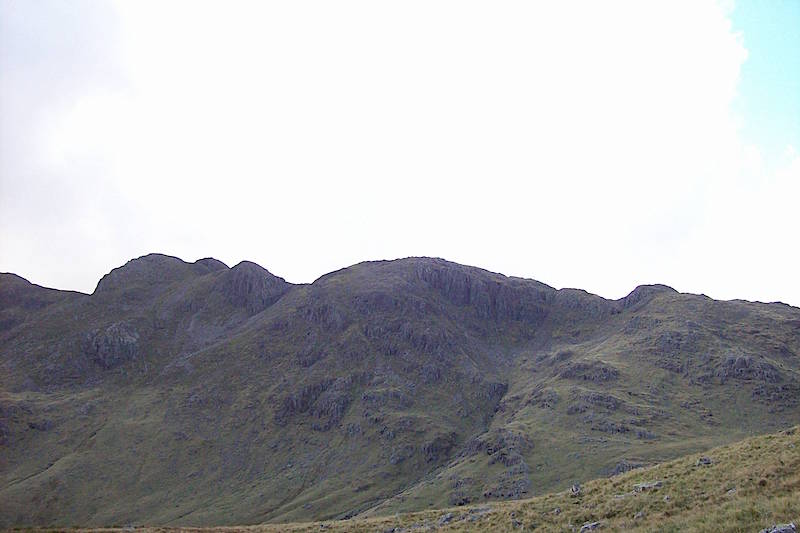 Looking across to Crinkle Crags as we make our way down The Band. 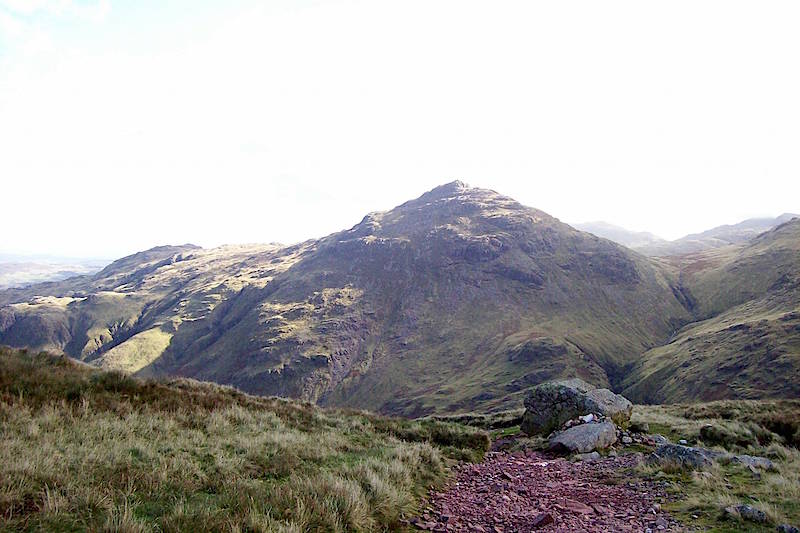 Pike O’Blisco straight ahead of us as we continue down The Band. True to form, by the time we were back at the Dungeon Ghyll car park, the cloud had lifted and thinned a bit more and we drove back in some lovely afternoon sunshine.