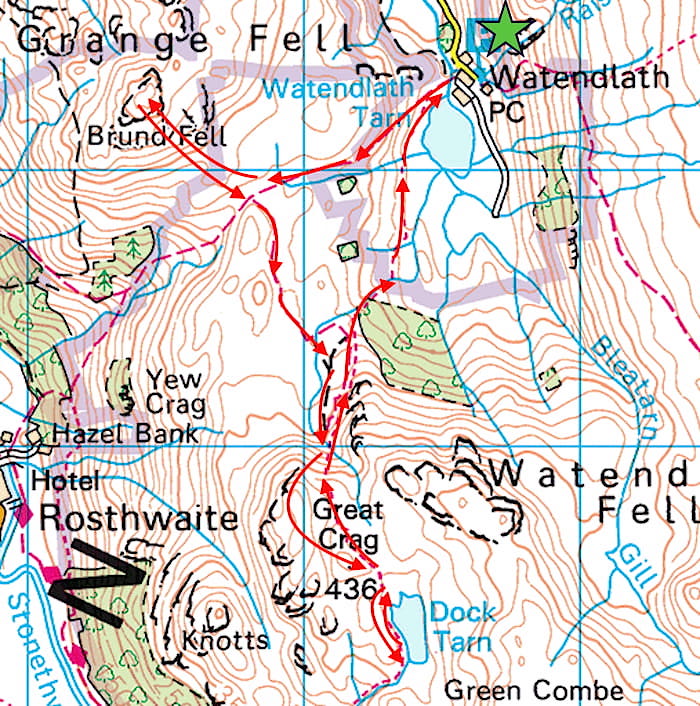 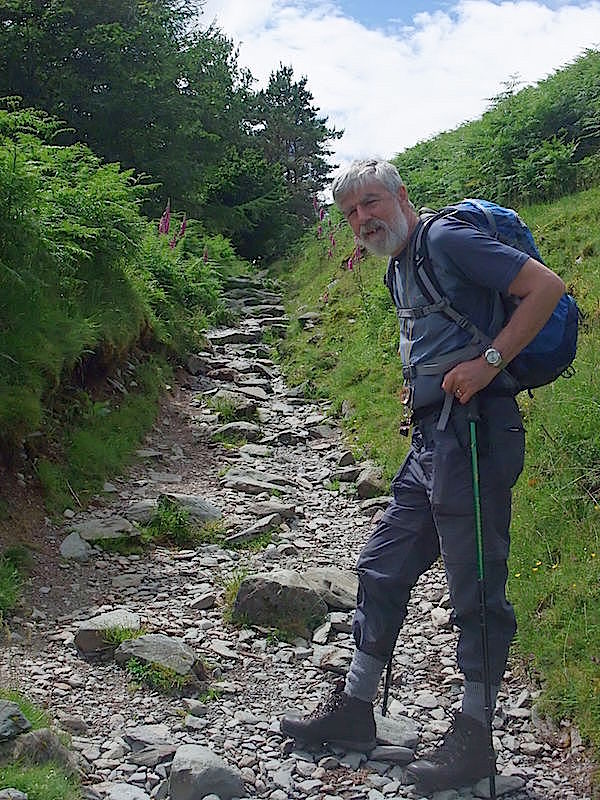 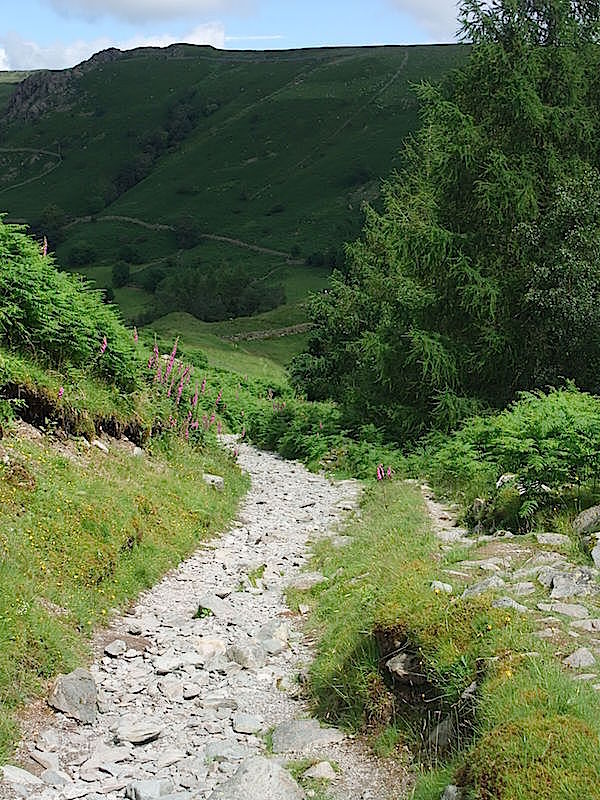 A look back down the path as we climb higher and get quite a lot warmer. 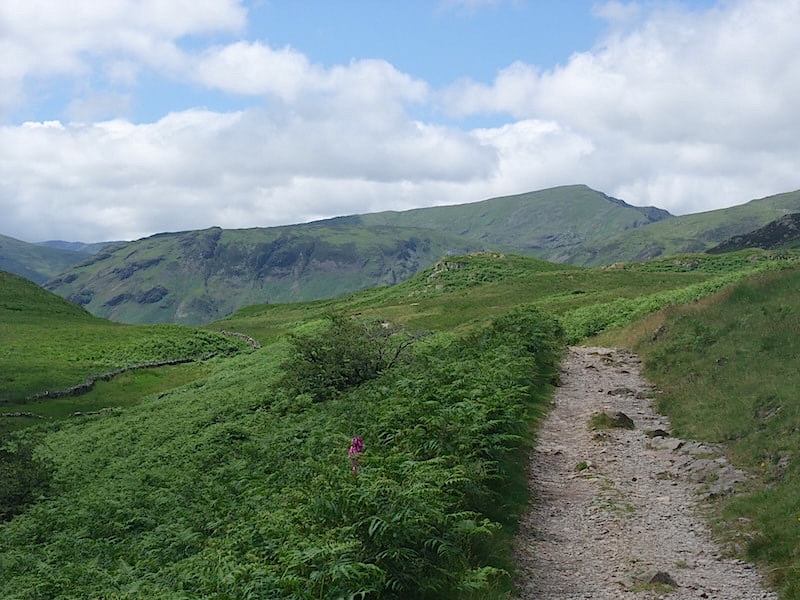 The steepness eventually eases and we begin to see the surrounding fells, straight ahead we are looking at Dale Head. 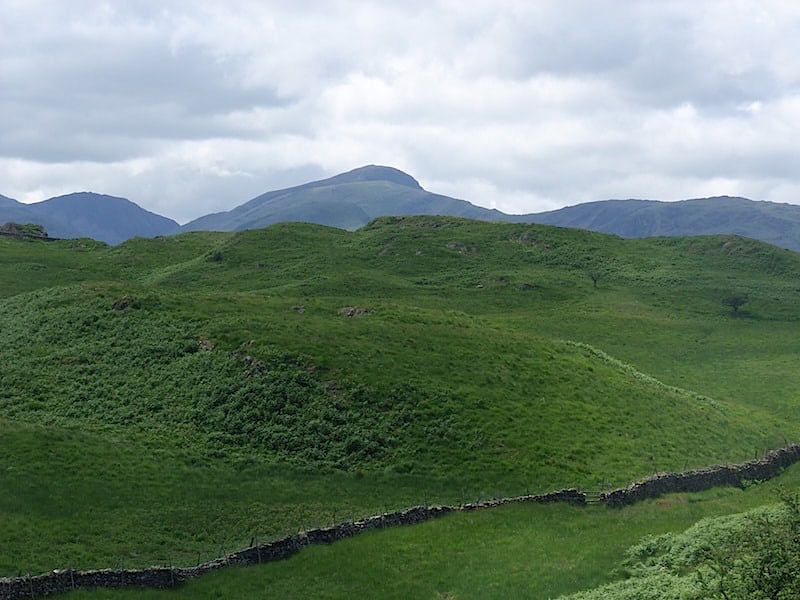 Over on our left Great Gable dominates the skyline, with Green Gable just below it, and Grey Knotts over to the right. 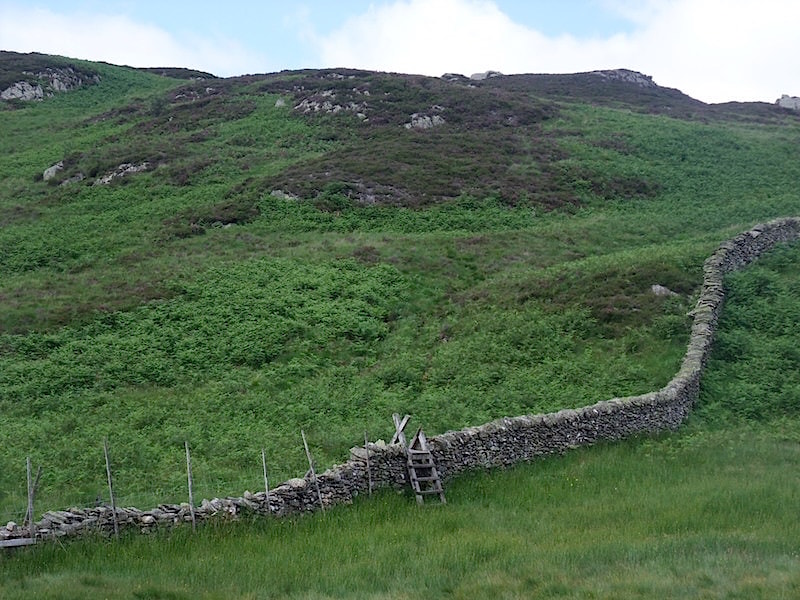 We’re heading across the soggy grass towards the stile, once over that it’ll be a fight through the bracken and heather to reach the summit of Grange Fell. 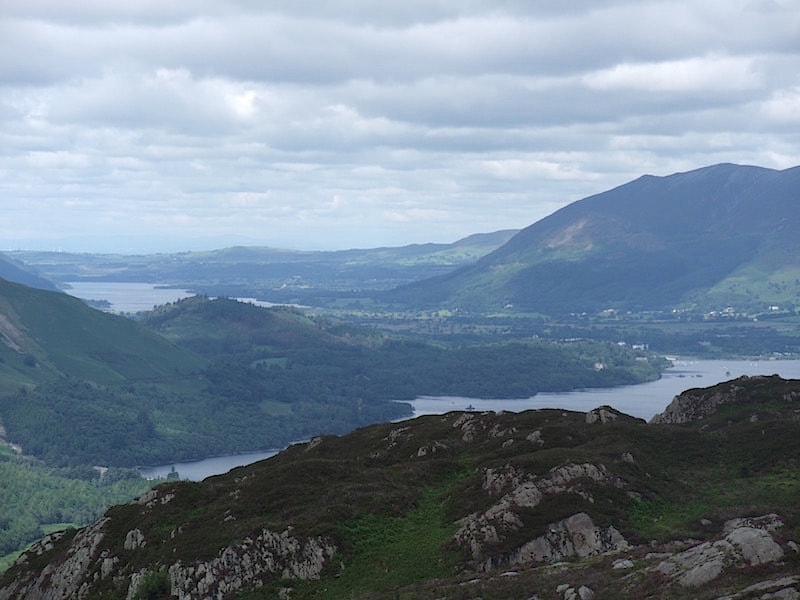 After a closely fought contest the final result was Bracken & Heather Utd 0 – Walkers 1, and our prize was this view of Derwentwater and Bass Lake from the summit of Grange Fell. 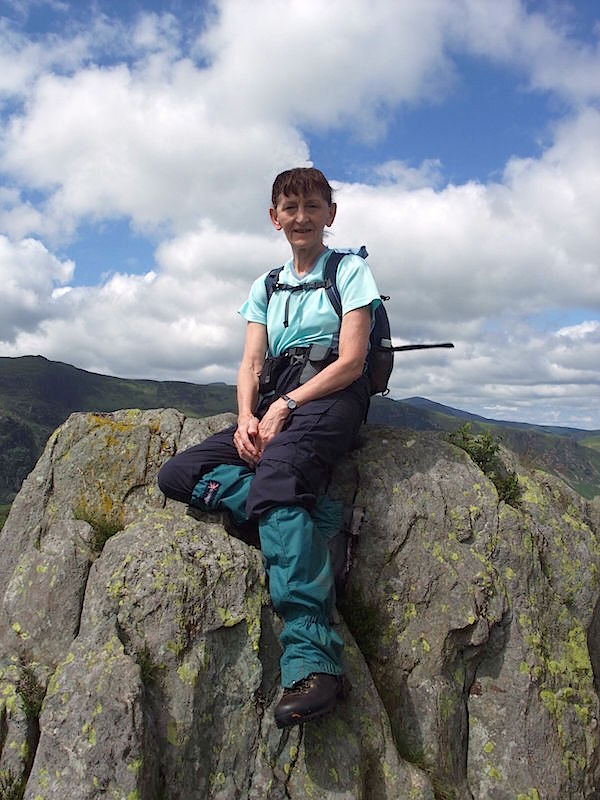 A chance to sit down, and cool down, for a few minutes on the summit rocks. Why the gaiters? Because we are about to go over to Great Crag across a very squelchy path. 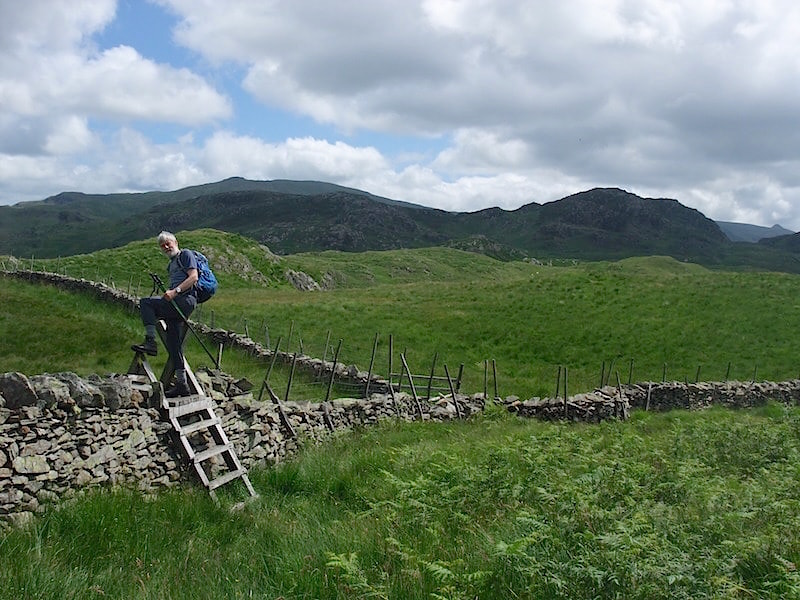 We return to the stile and the path we left earlier in order to pick up the path which will lead us over to Great Crag, which is over there on the right in the shade. 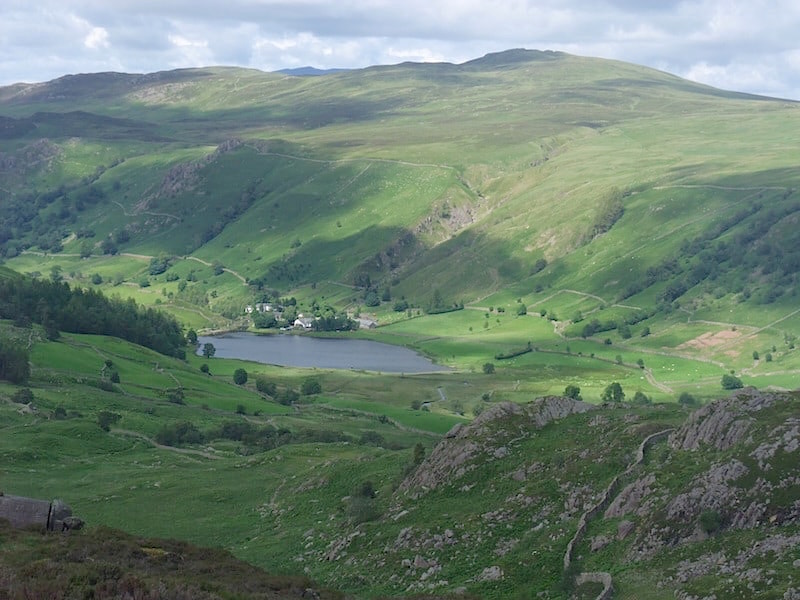 After walking across the soggy path we eventually joined up with a slightly  drier one and continued on up to the summit of Great Crag. From the summit is this view of Watendlath and its tarn. Above, and to the right of the hamlet, is the rocky summit of High Seat. 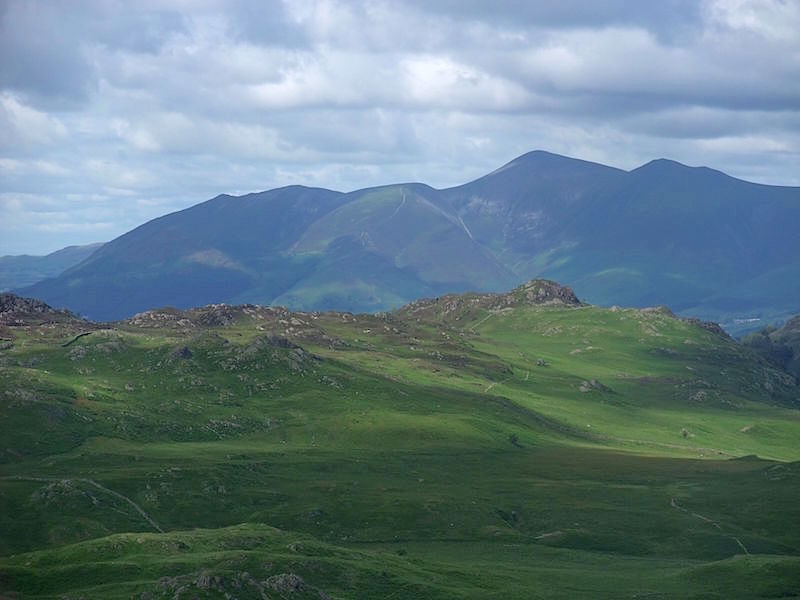 Also from the summit is this view of the Skiddaw group of fells, behind Ether Knott, one of the high points on Grange Fell. 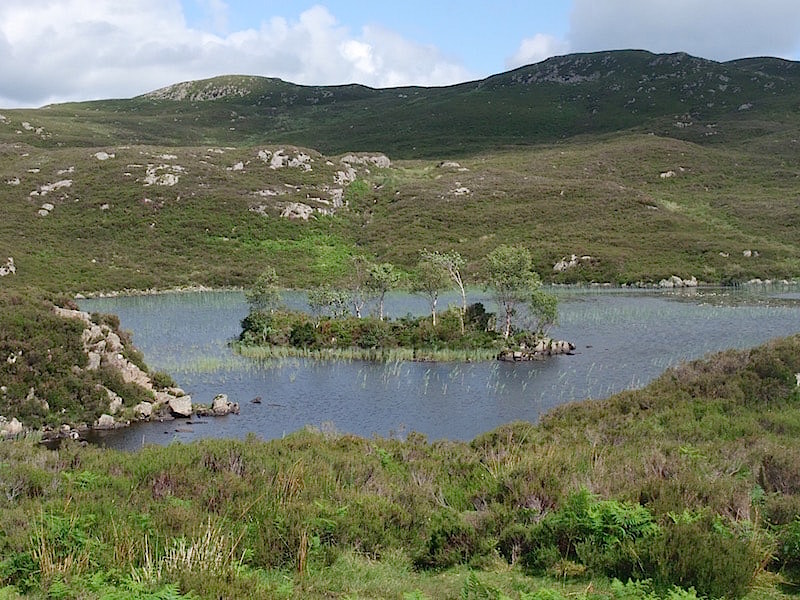 From Great Crag summit we walk down to Dock Tarn and look for a comfy spot to take a break and just enjoy the day and the scenery for a while. 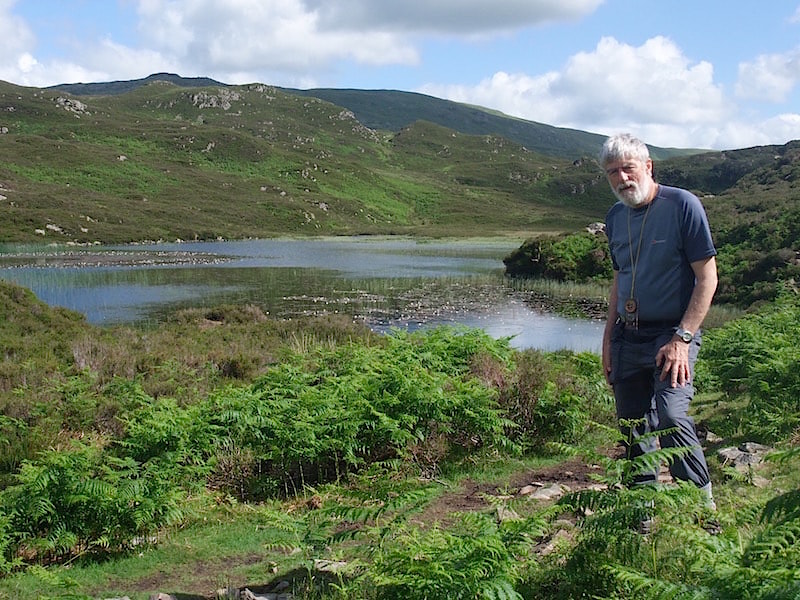 A view towards Ullscarf across Dock Tarn. 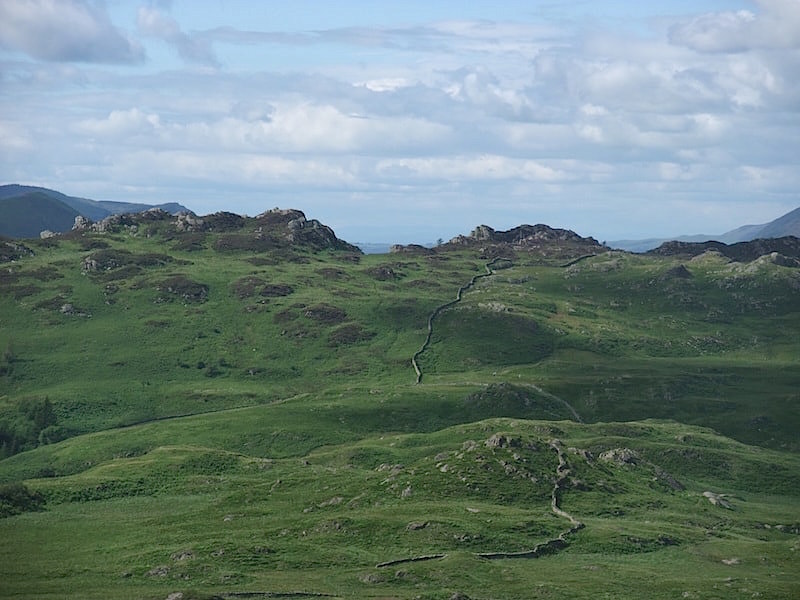 A close up of the knobbly summit area of Grange Fell from Great Crag. 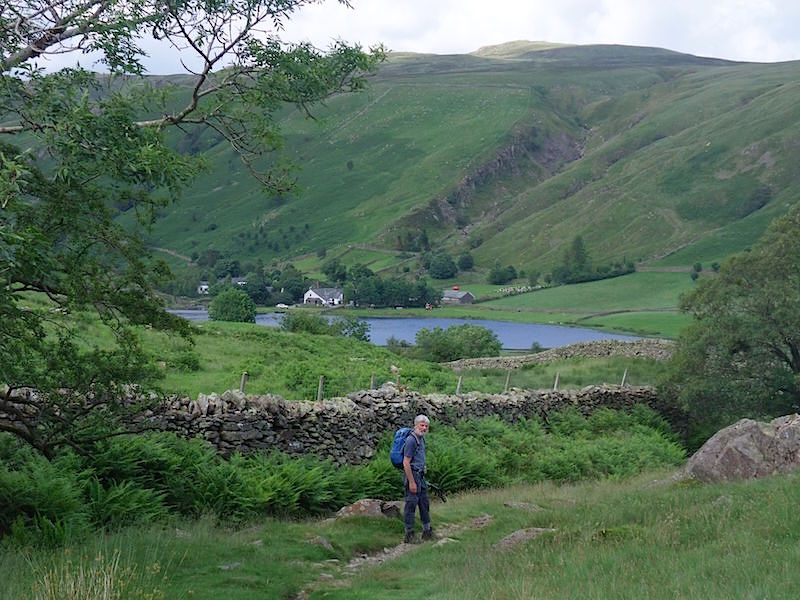 We’re almost back down at Watendlath. 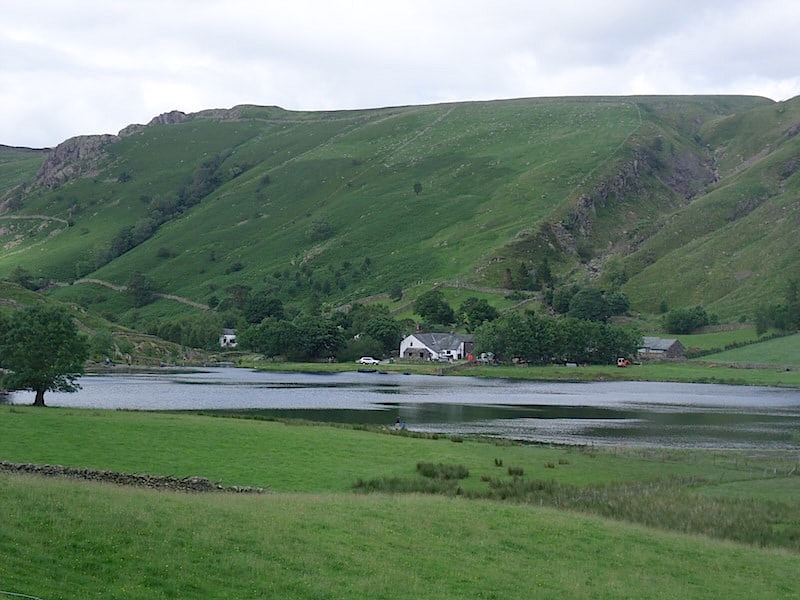 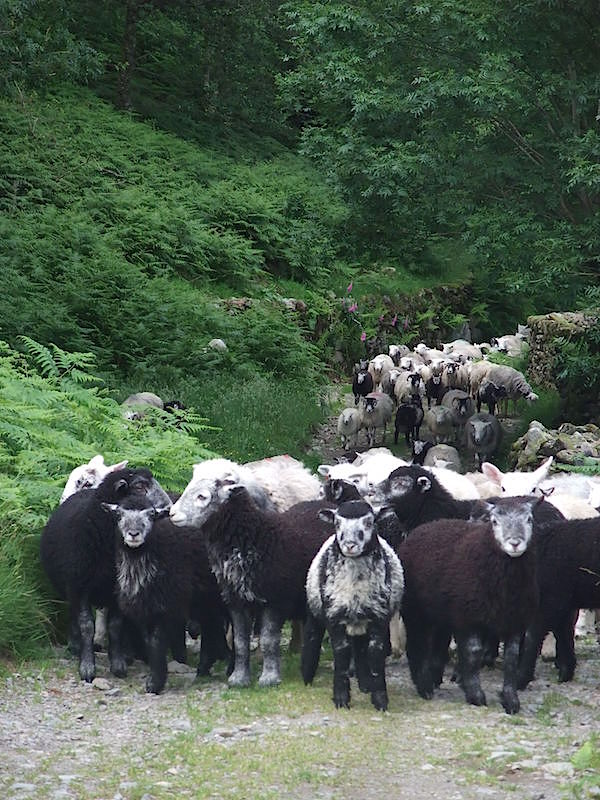 Just before we reached the end of the path we were met by this flock of sheep. They came to an abrupt halt and wouldn’t come any further forward. When he arrived the farmer eventually got them moving again with lots of shouting and yelling. 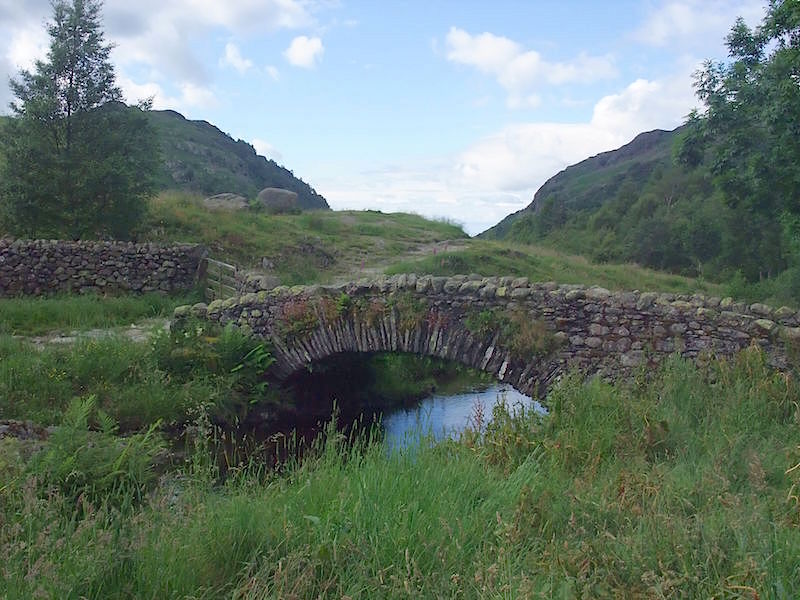 The old pack horse bridge across the beck at Watendlath. 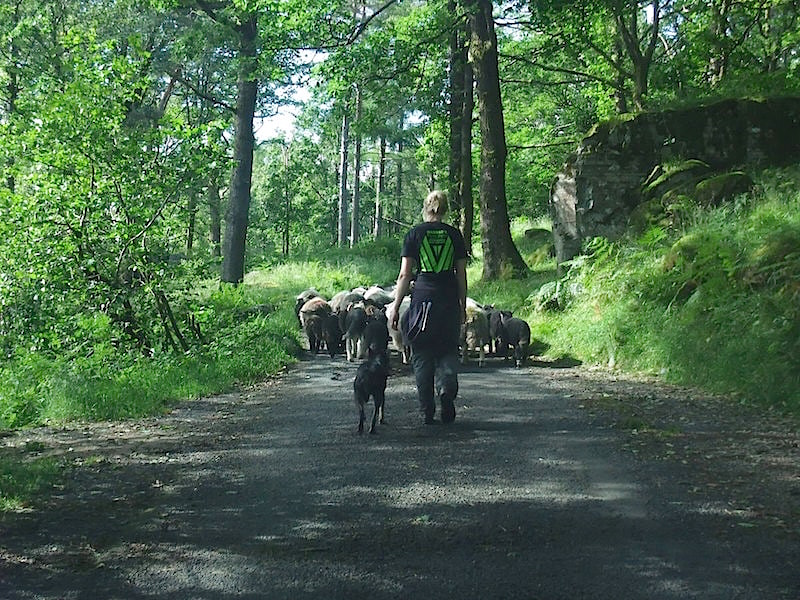 The second sheep traffic jam of the day, this time on the road down from Watendlath. There was no opportunity to get past so all we could do was drive very slowly behind them and hope that they weren’t going all the way to the end of the road. They did turn off eventually but we were almost back down to Ashness Bridge before they did, so it was a very slow drive back down.