Weather – A little bit of everything except rain 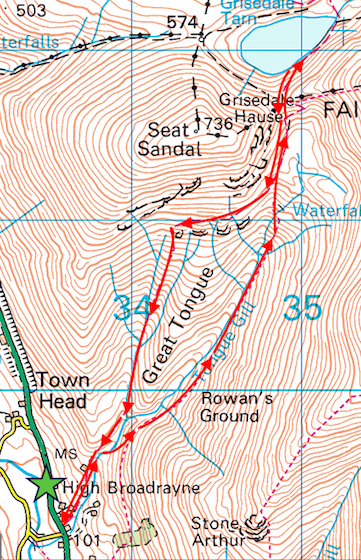 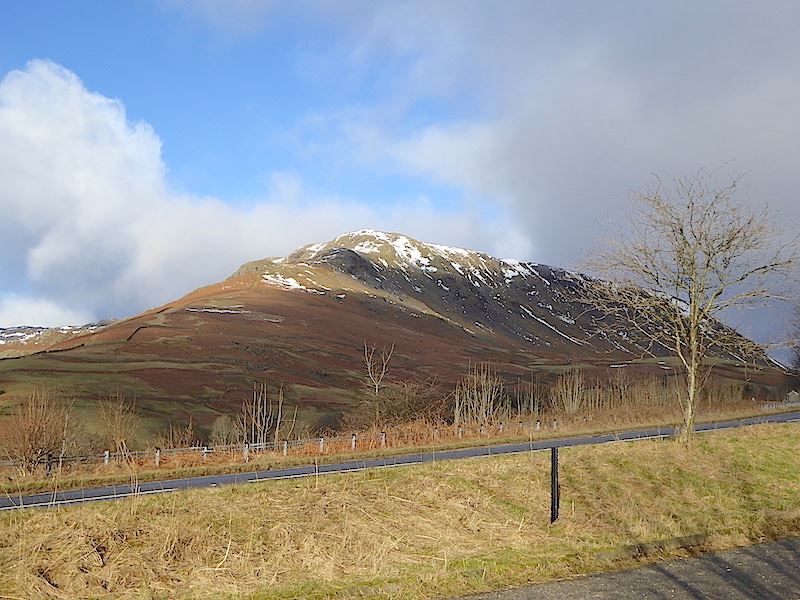 A  view of Steel Fell on a lovely sunny morning from the lay-by on Dunmail Raise. 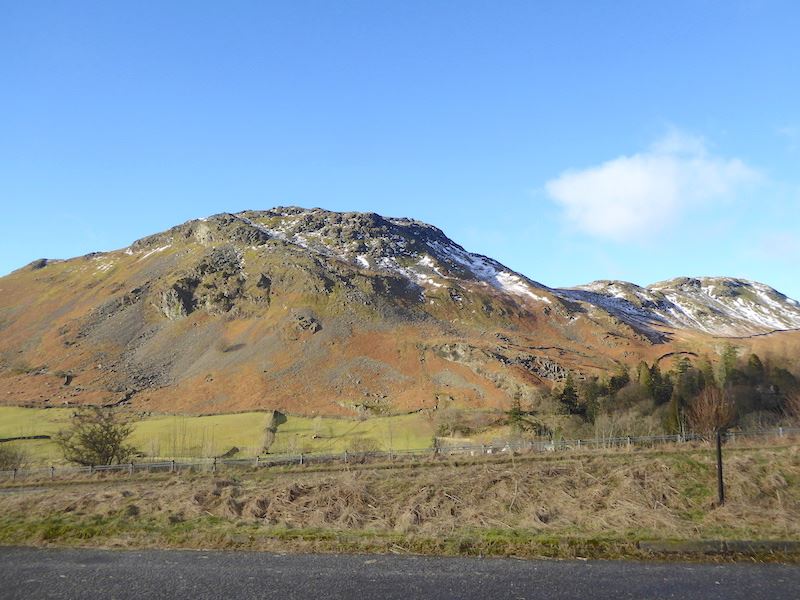 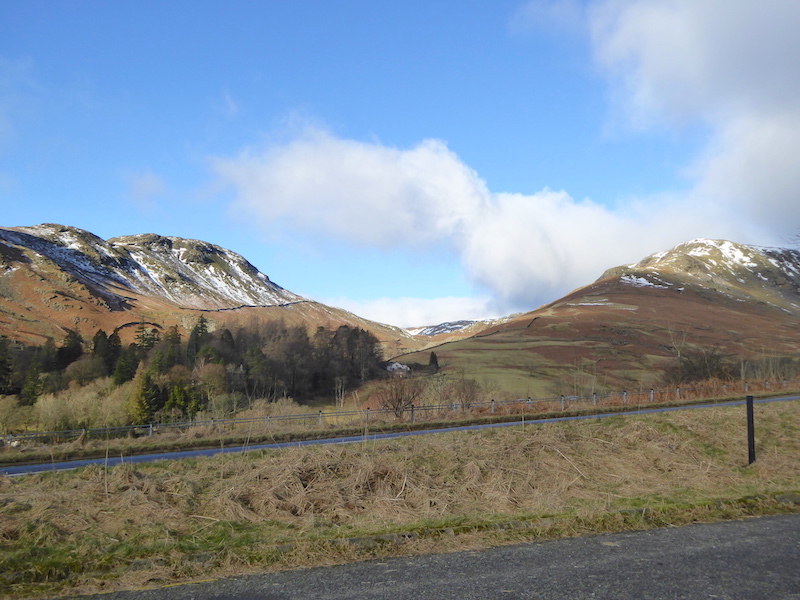 Looking over towards Gibson Knott and Greenburn. The plans for the day were changed as we walked down to Mill Bridge. The wind was blowing very strongly straight from the north behind us which put paid to any thoughts of walking up the shoulder of Seat Sandal. Never mind we thought, we’ll walk up Tongue Gill instead. Yes, we will be in the shade for part of the way but at least we’ll be out of the wind. Error! 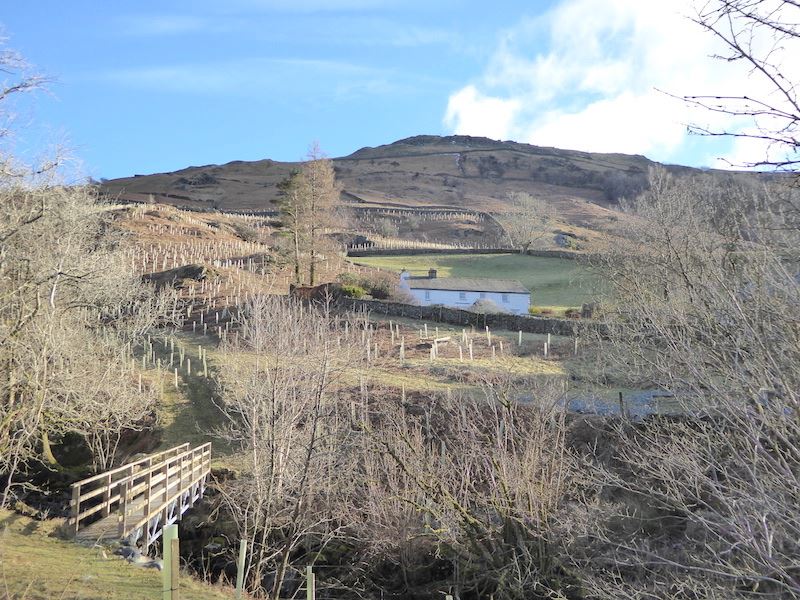 Looking over towards Stone Arthur as we walk alongside Tongue Gill. 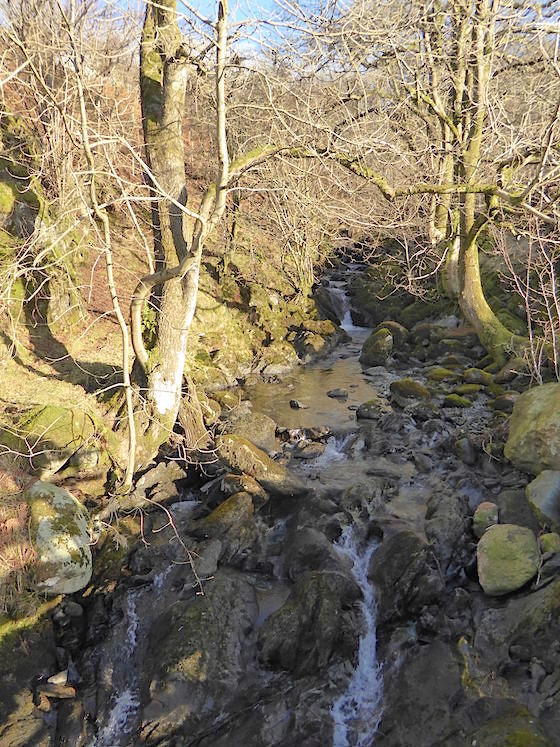 A view up the gill from the footbridge. 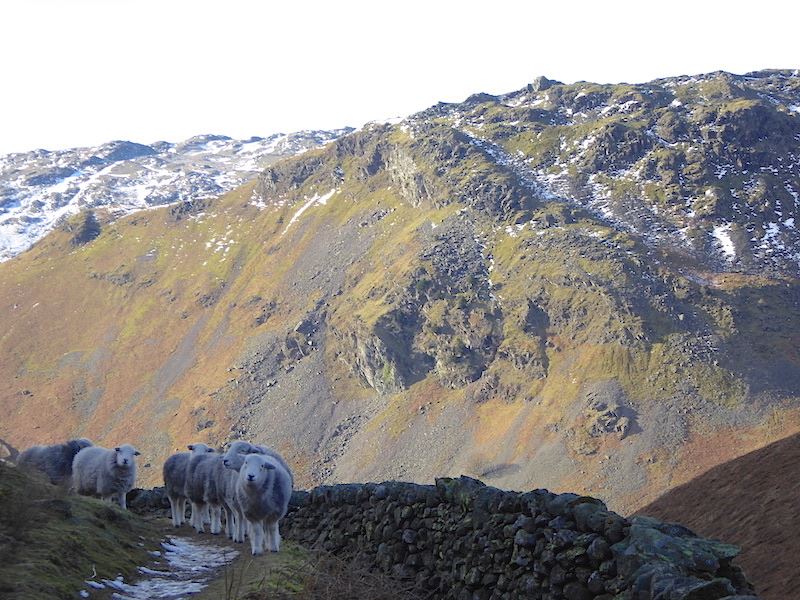 The sight of us having a break beside the path stopped these Herdwicks in their tracks. I can’t think why, they must have seen walkers eating chocolate bars before. 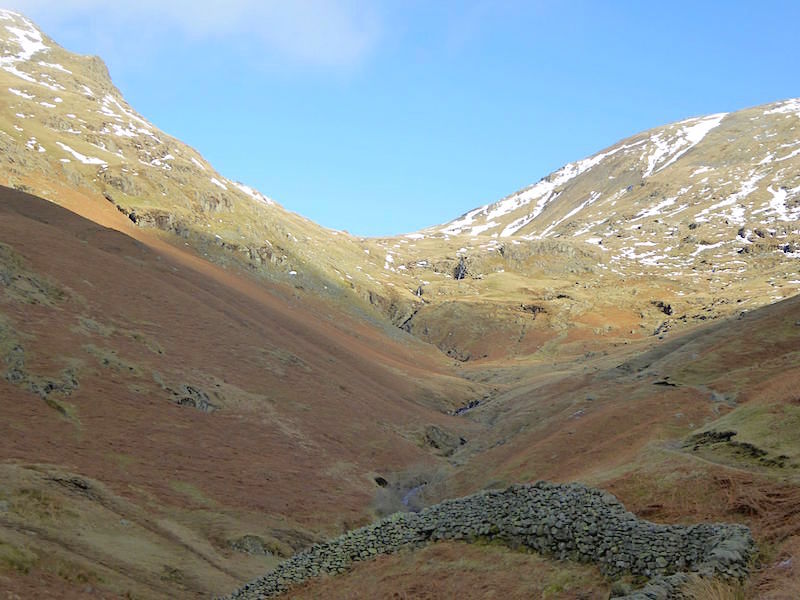 Looking up Tongue Gill towards Hause Gap, waterfalls just visible in the centre. Having crossed over to walk the Tongue Gill path we found that the wind was blowing down the Hause towards us, so now we had both the cold shade and the wind to contend with. The path was straightforward enough but the wind made going a bit difficult. I’m still trying to shake off the after effects of a bout of ‘flu so I wasn’t exactly in the best shape today either. 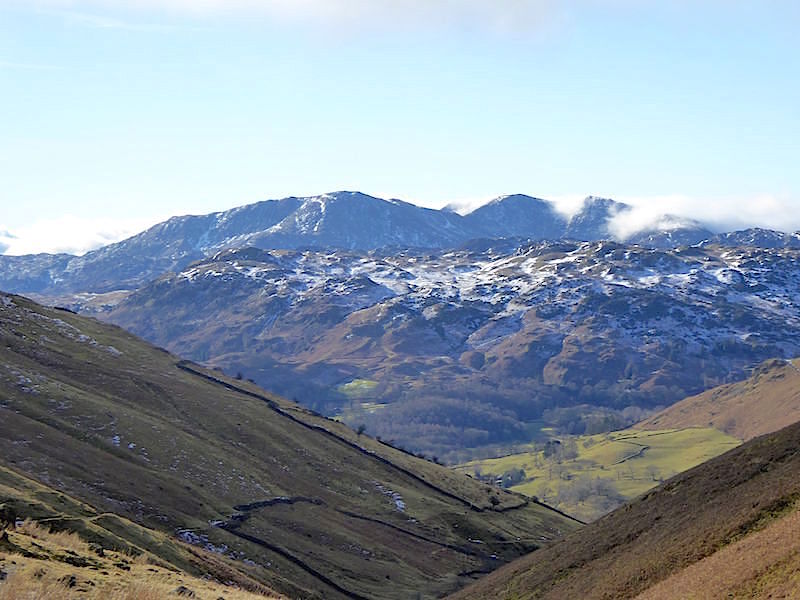 Looking west from higher up the Tongue Gill path. The cloud is starting to build over the Coniston fells. 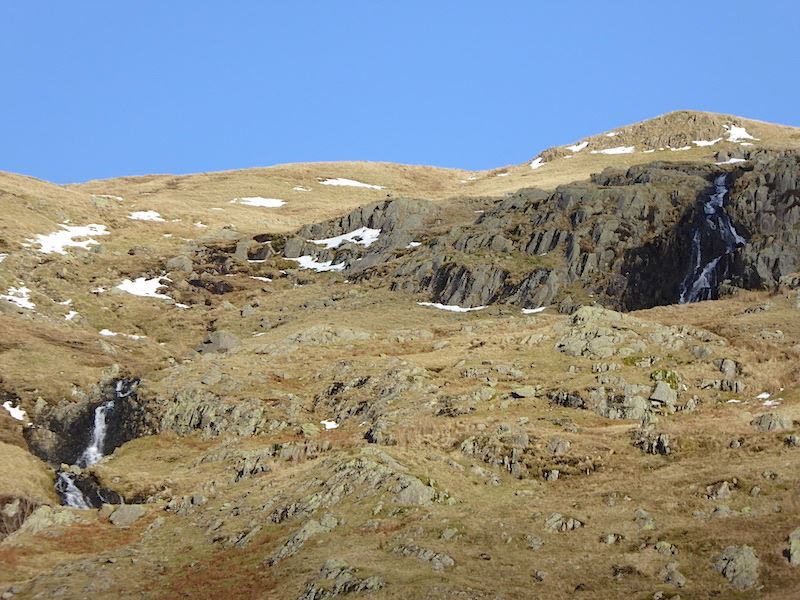 Zooming in on the waterfalls higher up Tongue Gill 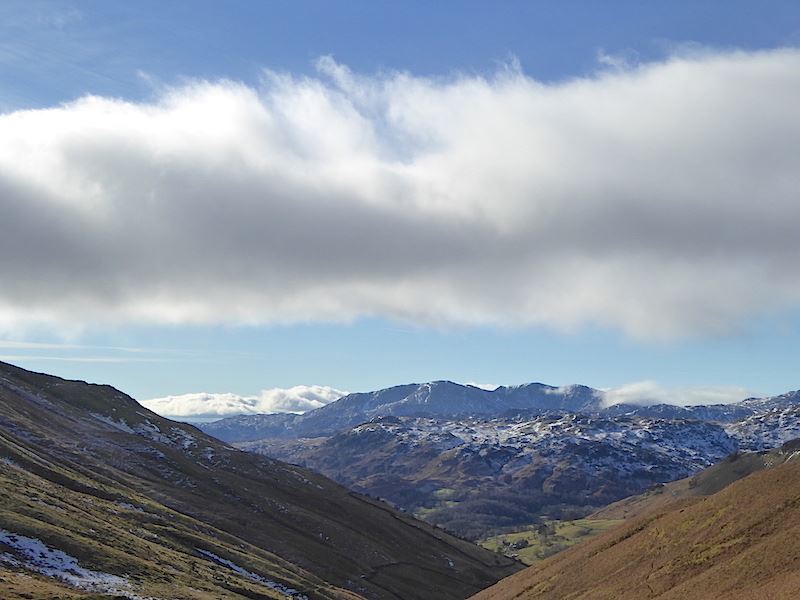 Hmmm… I hope that isn’t coming our way. 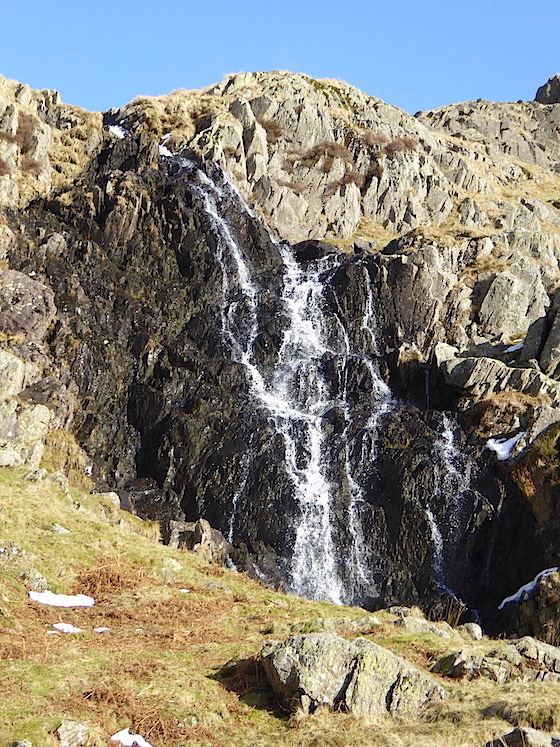 Tongue Gill waterfall, not much in it today, but the damp rocks are an indication that the fall must have been rather more spectacular than this recently. 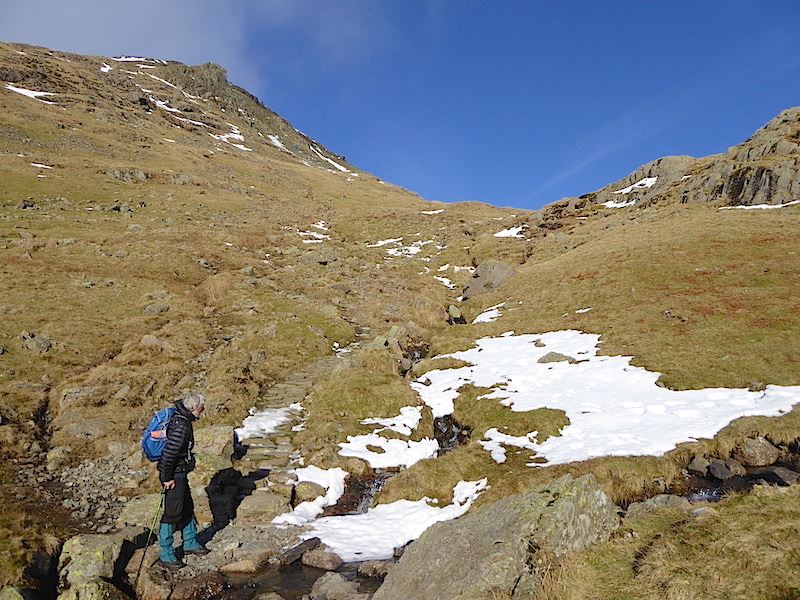 Making our way up to Grisedale Hause. 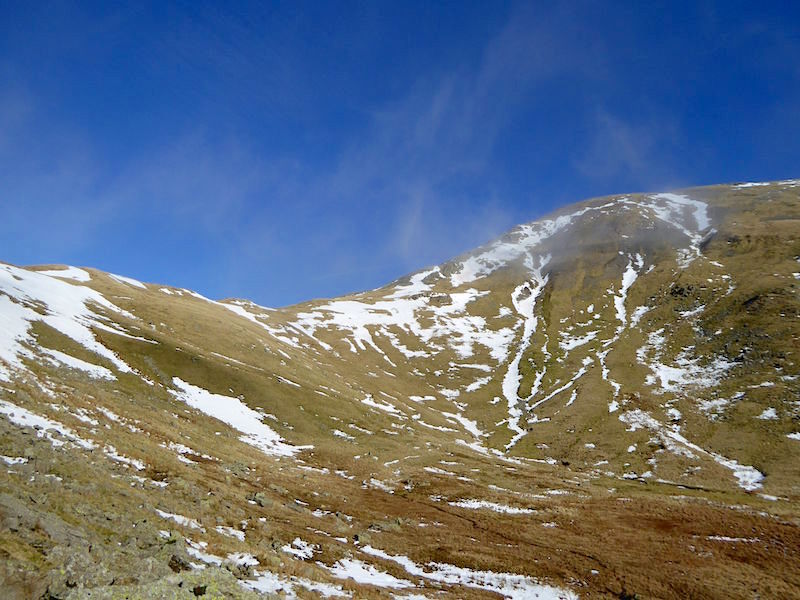 Over to our right is Fairfield with just a wisp of cloud floating across it. 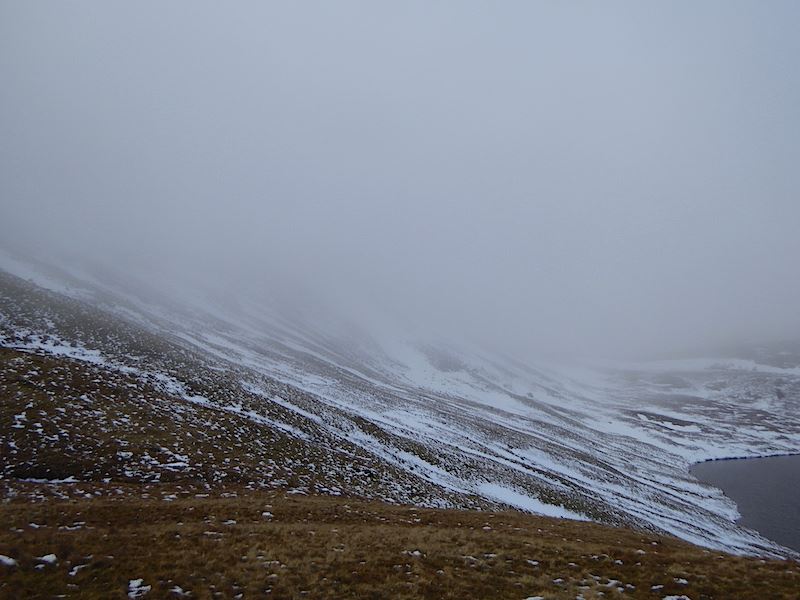 Not what we were expecting to see as we reached Grisedale Tarn. This is the scene which greeted us as we reached the Hause and walked a short way along. The previous picture was only taken a couple of hundred yards from this one yet the difference in the weather is astounding. As we reached this point we met a couple of walkers who mentioned that they had been up on Seat Sandal in clear and sunny conditions about an half an hour earlier. Oh well, that’s how it goes sometimes. 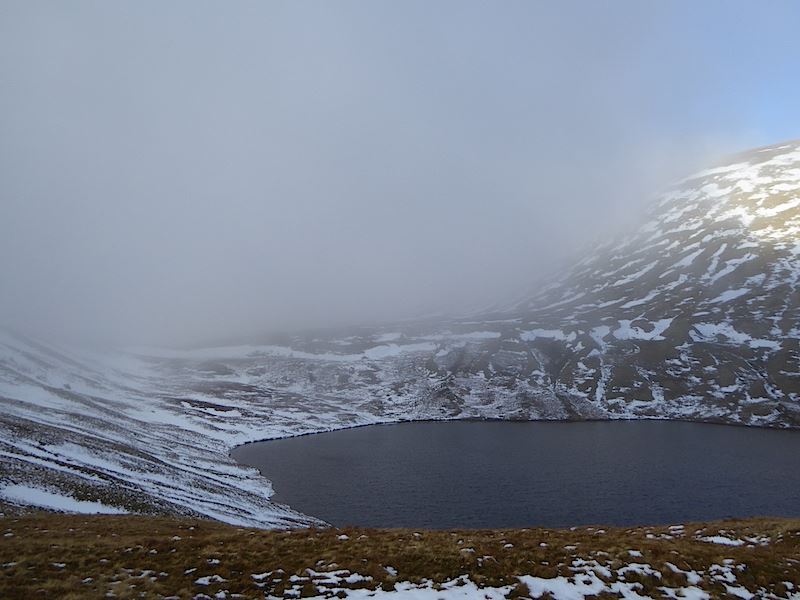 Slowly, but surely, the cloud came creeping up towards us. 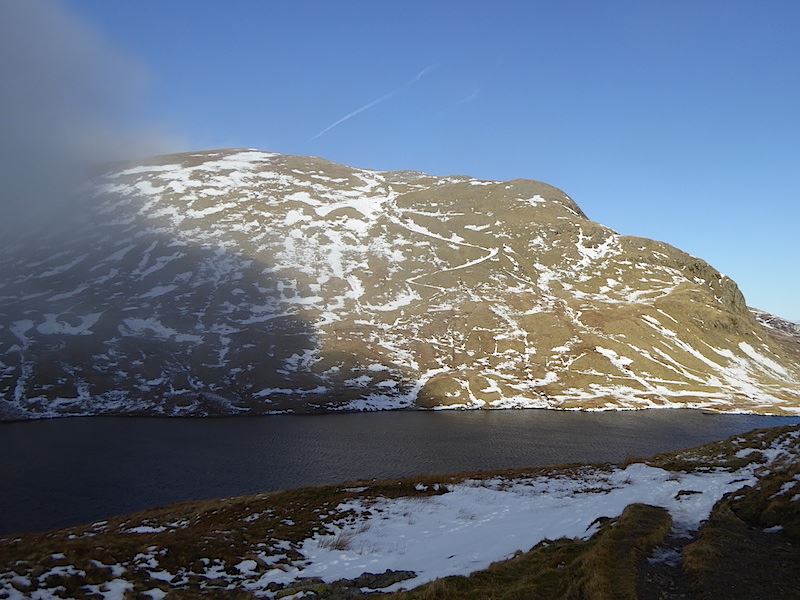 On the other side of the tarn Dollywagon Pike is still clinging on to the sunshine for the time being. 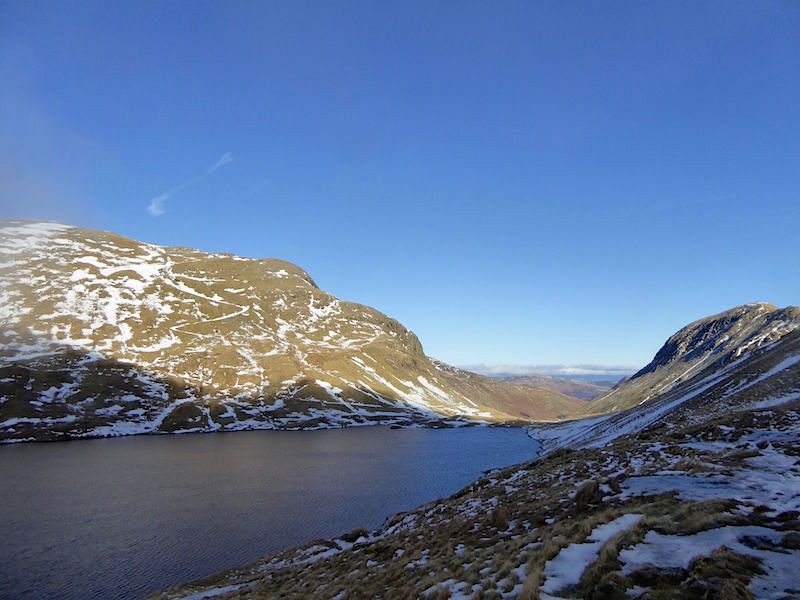 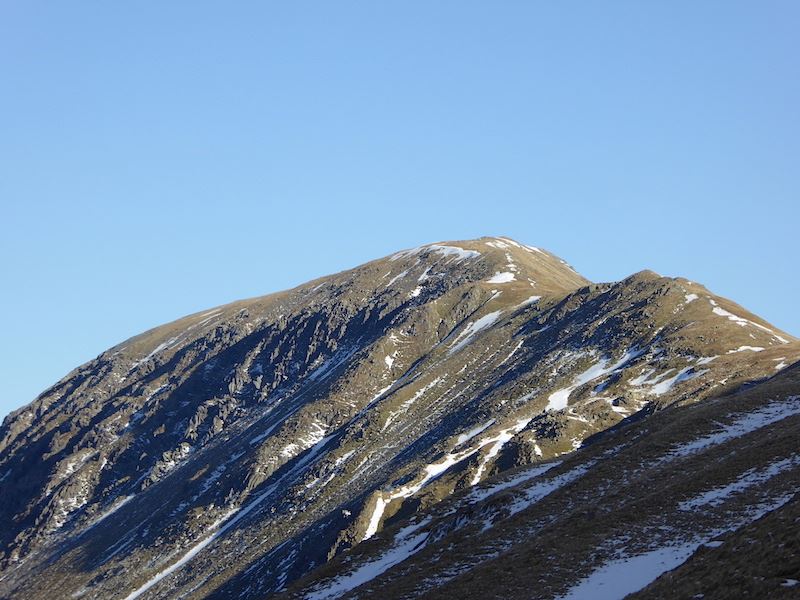 A close up of Saint Sunday Crag with Cofa Pike just below it. 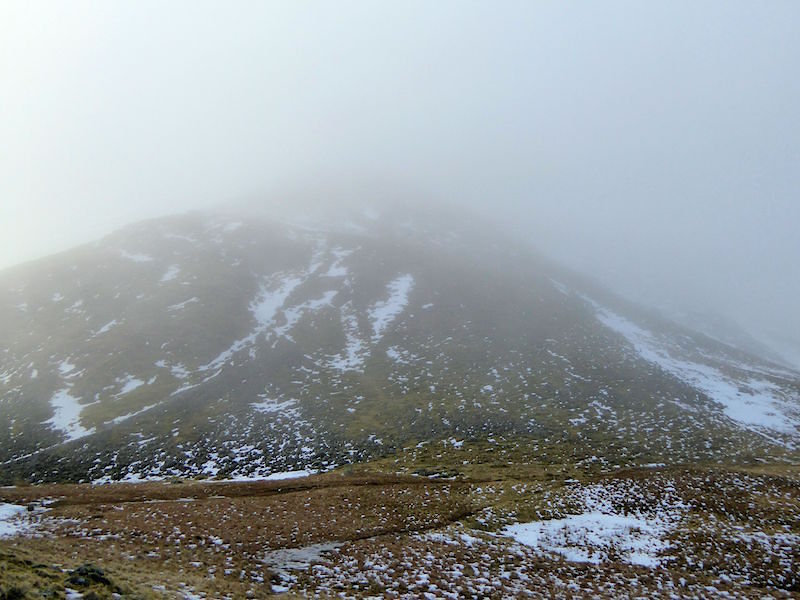 Too much cloud and too strong a wind, even down here at the tarn, to consider going up Seat Sandal. I’m not going to make the effort to get up there only to have no views and therefore no photos. Neither am I interested in walking around in cloud just for the experience, I’ve got a backpack full of experience in that department so the novelty of it has worn off to some extent. The other team member feels just the same so its back down we go. Its disappointing but there’s always another day. 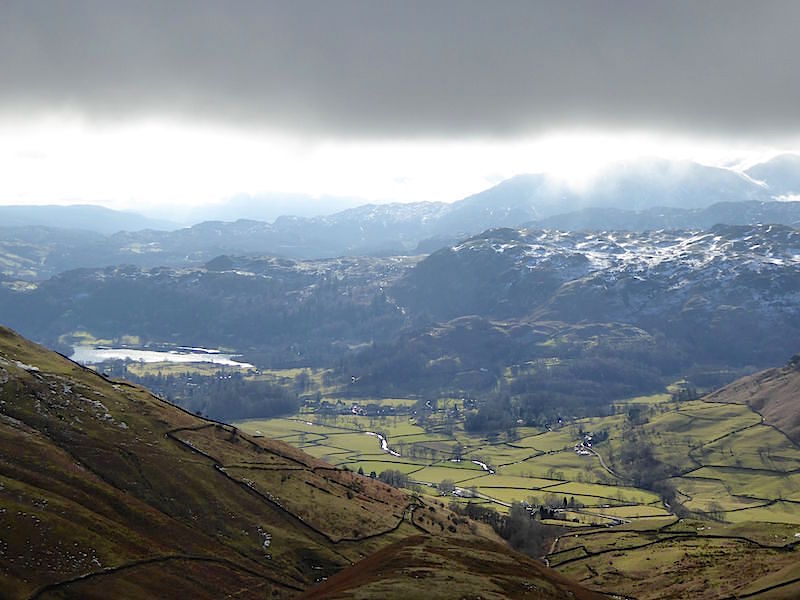 Returning via the Little Tongue Gill path with a thick layer of cloud above us, and that’s what is covering the top part of Seat Sandal behind us. 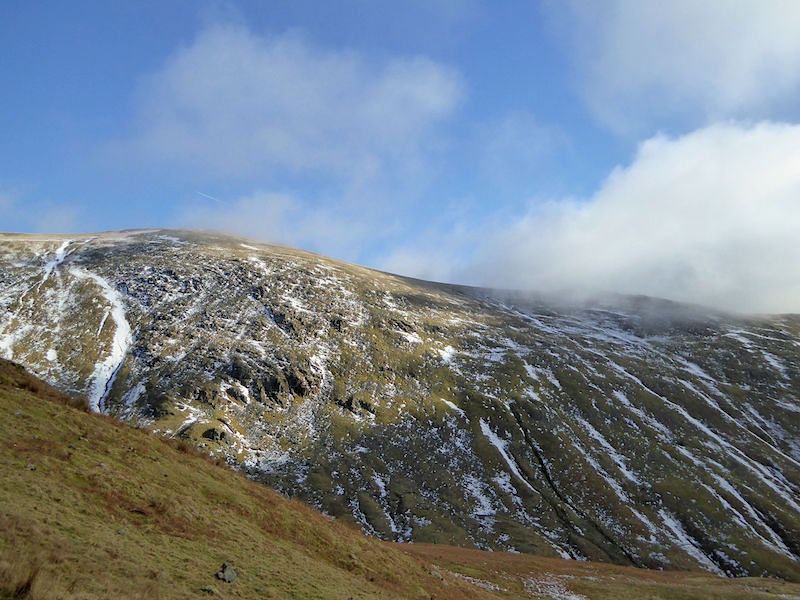 Great Rigg and Stone Arthur with wisps of cloud creeping towards them. 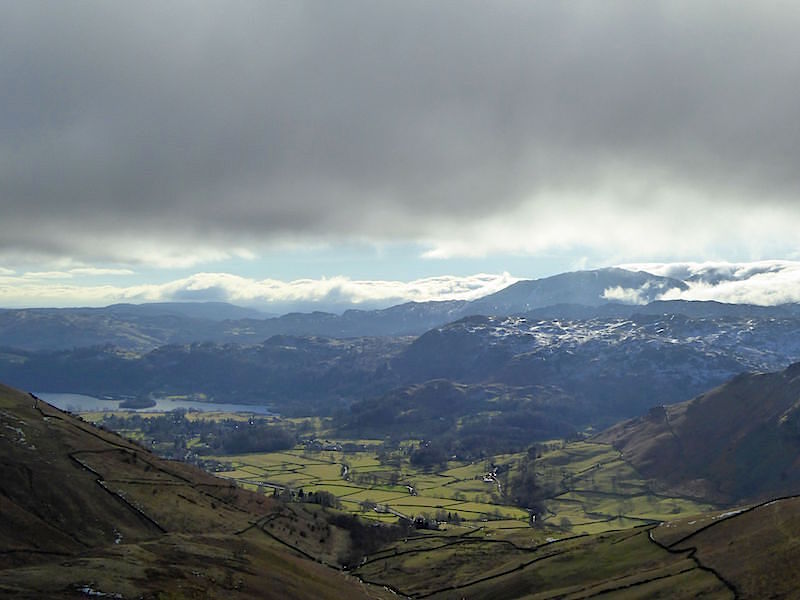 Patches of sunlight here and there but not much was getting through that cloud layer right above us. 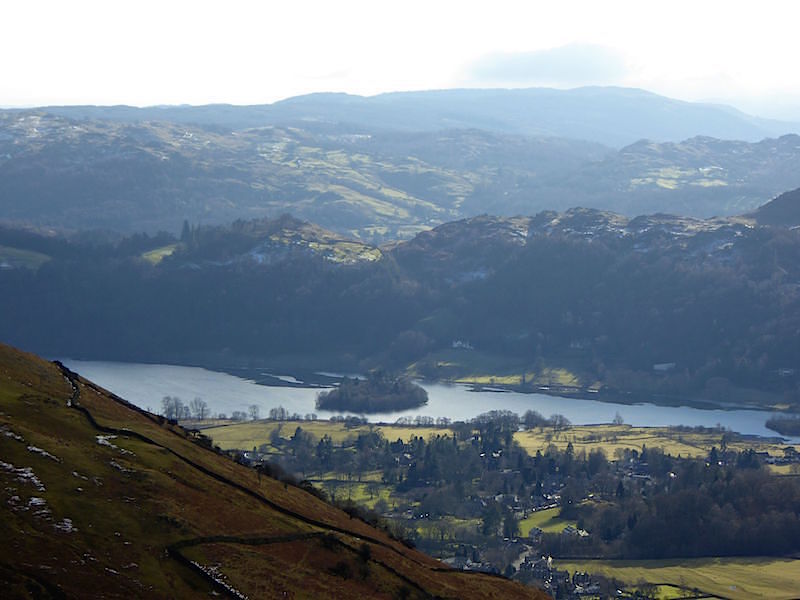 A close up of Grasmere. 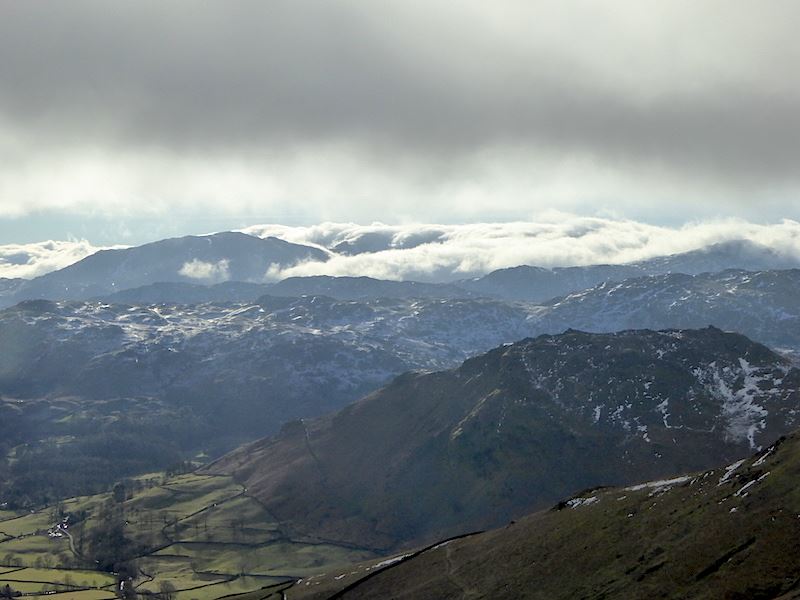 Looking over Helm Crag, where many of the fell tops to the west are now hidden under that ever increasing blanket of cloud. 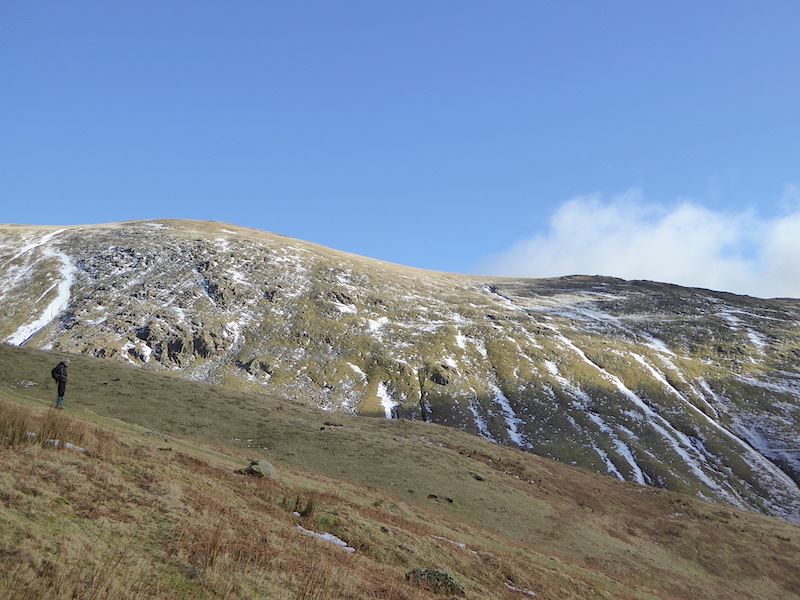 Great Rigg and Stone Arthur getting a spell of sunshine, while we are still in the shade. 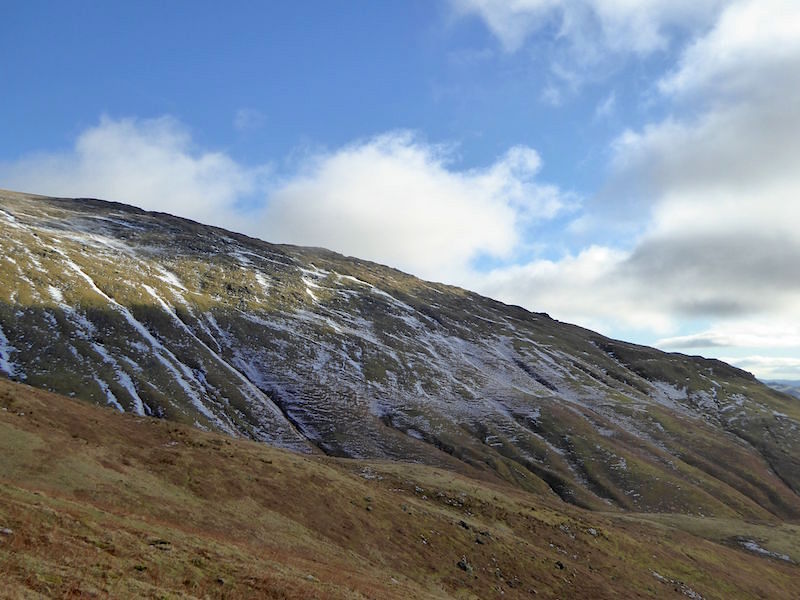 The ridge down to Stone Arthur. 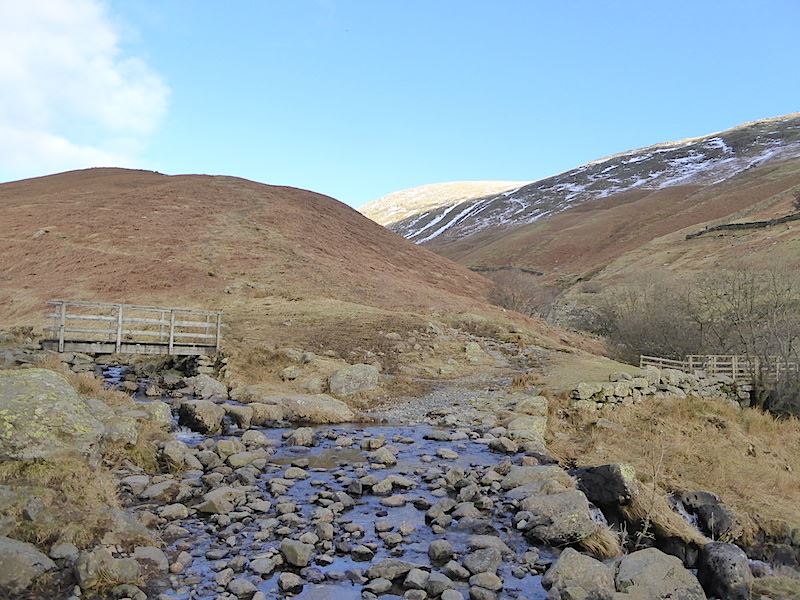 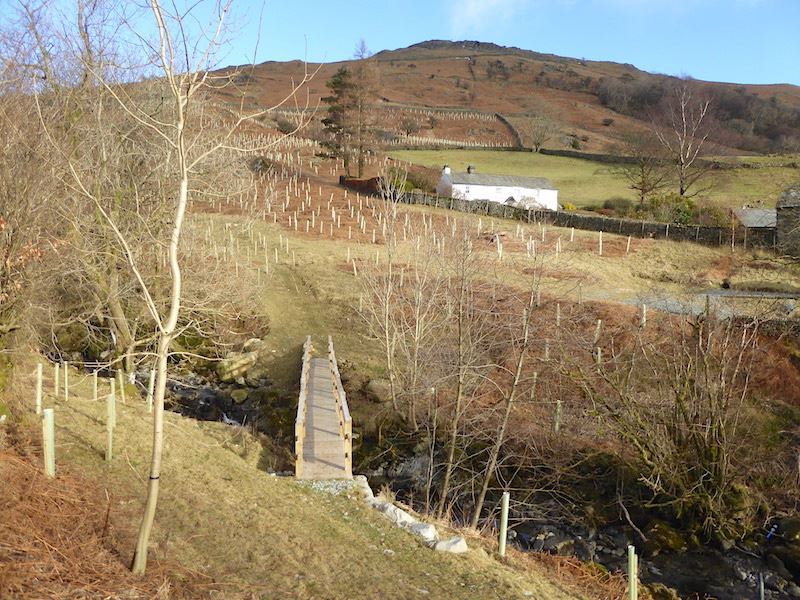 A last look at Stone Arthur before we return to Mill Bridge. By the time we  got to the car there was cloud everywhere and it was such a change from how things had been when we set off earlier that day. However, the time hadn’t been wasted, we’d had a walk out, some good views to begin with and learned a lot about the two gill routes, so we got something out of the day at least.