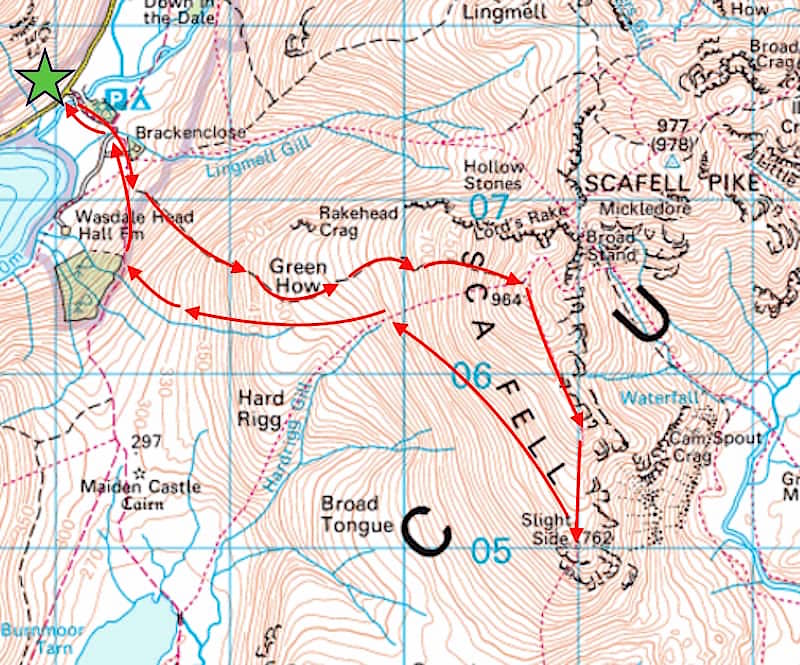 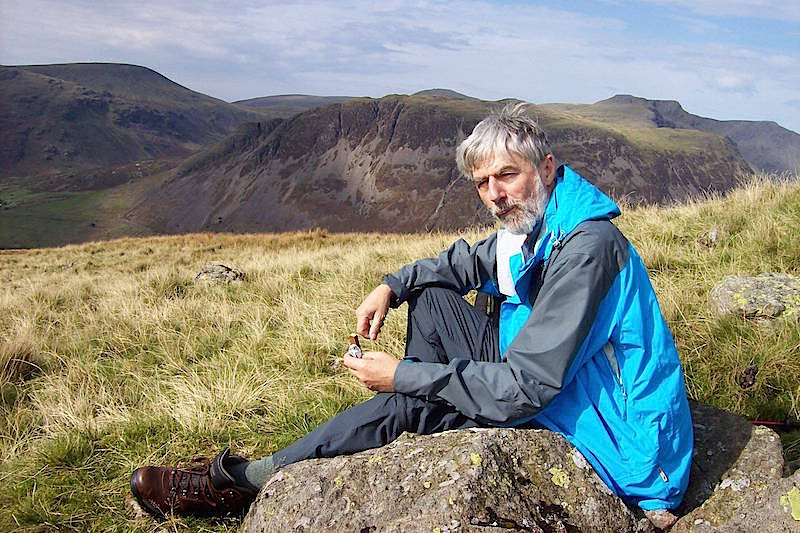 The first picture taken on this walk after a very steep climb up from Brackenclose. There was very little change in the views on the first section, in front of us our noses were almost touching the steep grassy slopes of Green How, on our right were the steep slopes of Ill Gill Head, and on our left the equally steep slopes of Lingmell. By the time we reached this point I had seen enough steep grassy slopes to keep me going for weeks. In any case I had enough to concentrate on just dragging myself up without attempting to stand upright and take photos. We had a short refreshment break when we reached a more level area around Green How before tackling the last section of the climb up to Scafell summit. It was still steep but the view in front of our noses was now of scree rather than grass, nice! 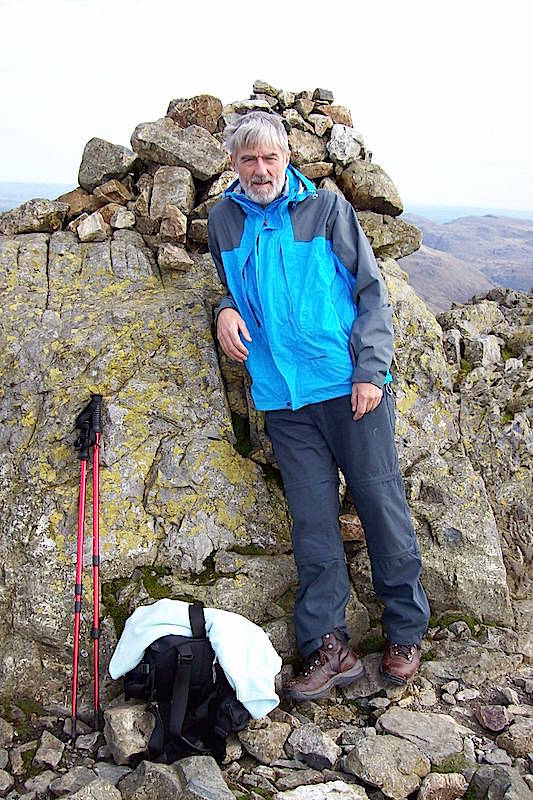 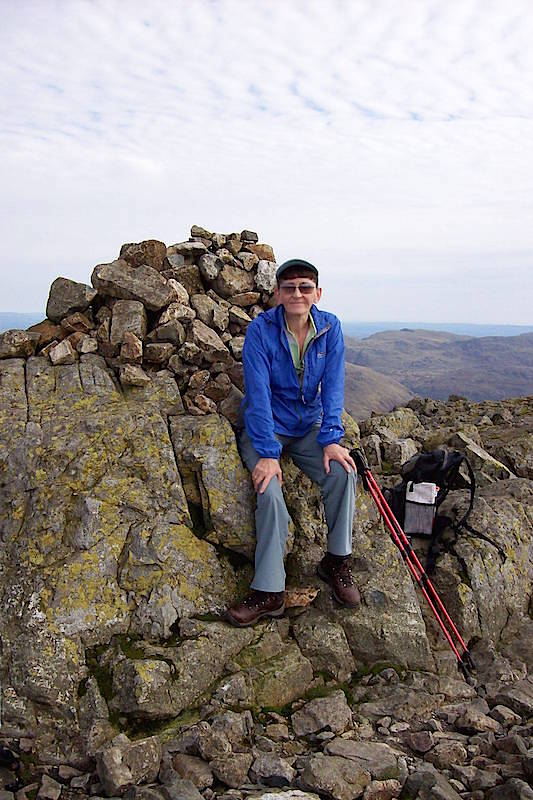 A very welcome sit down on Scafell summit. There were so many people up here it looked like a works outing. 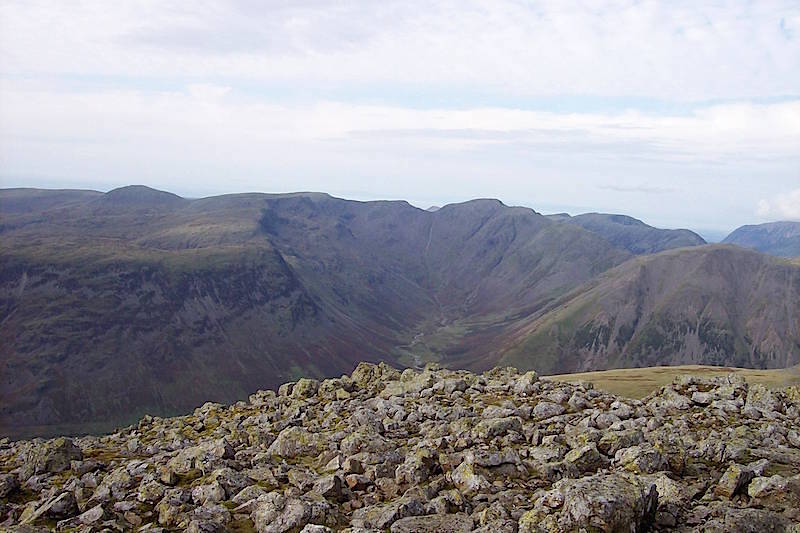 The Mosedale Horseshoe from Scafell summit. 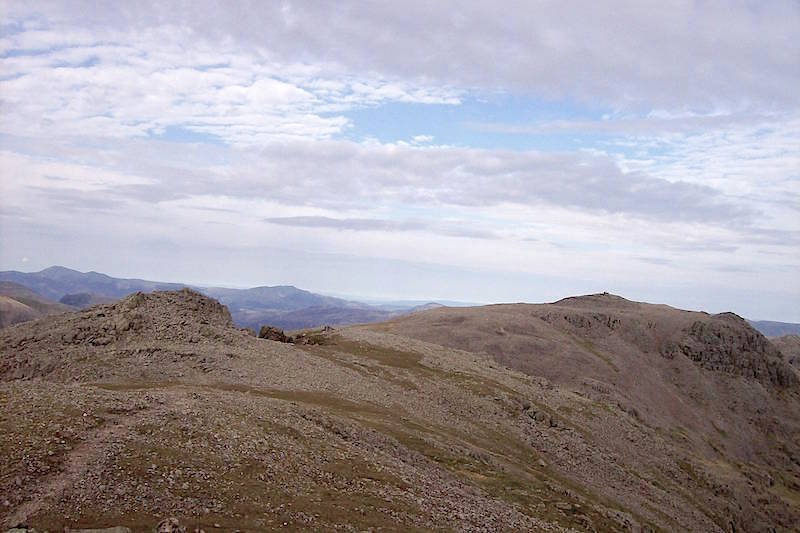 Looking across to Scafell Pike from Scafell. The view is deceiving since it looks as though you can just nip across from one fell to the other, which you can’t as there is great big gap between the two. 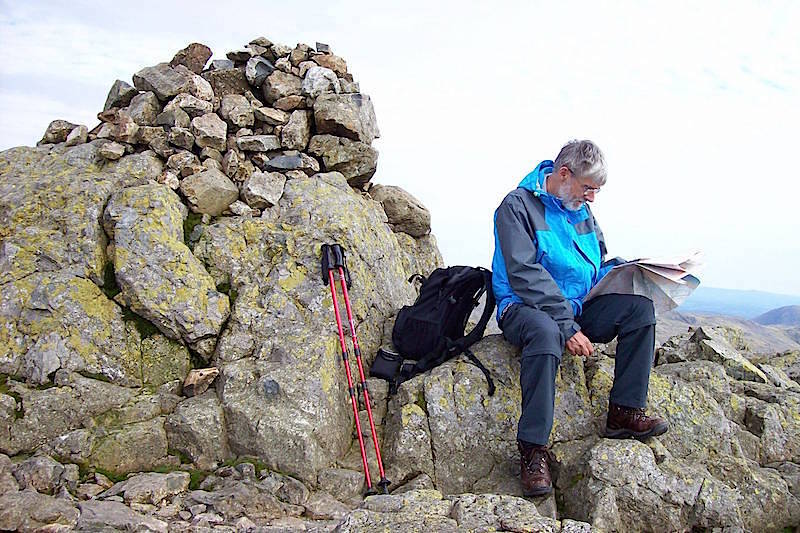 “Shall we have a wander over to Slight Side?’

“Might as well since we’re here and its only just over a mile to the right.” 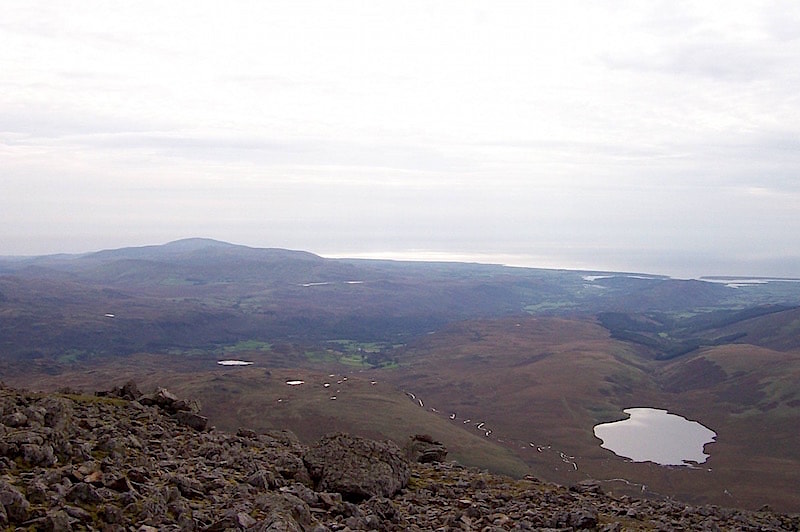 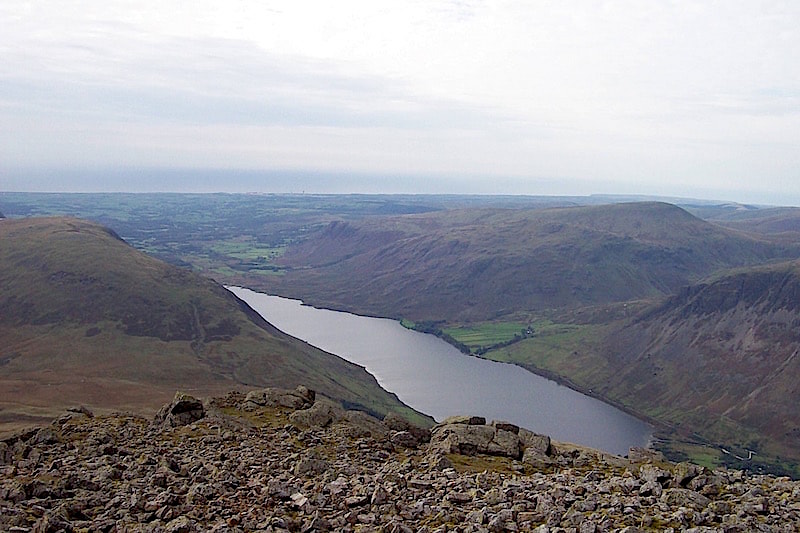 The view down to Wast Water from Scafell summit. 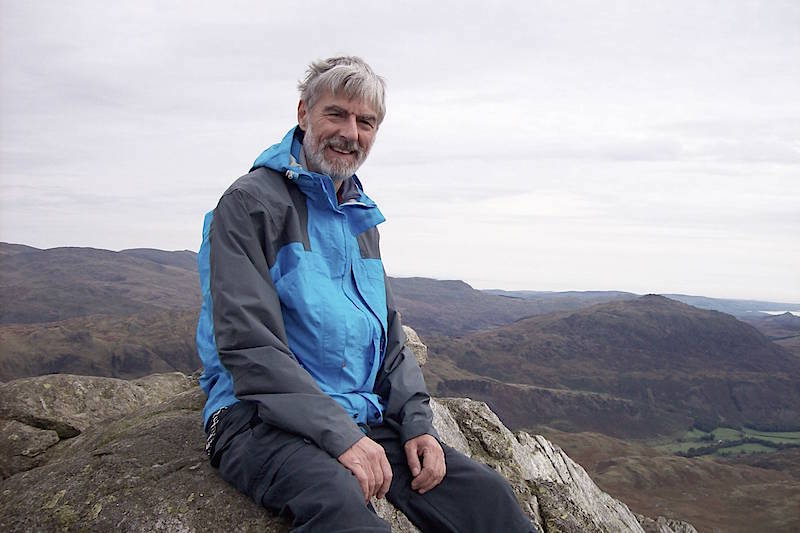 Smiling on Slight Side summit. 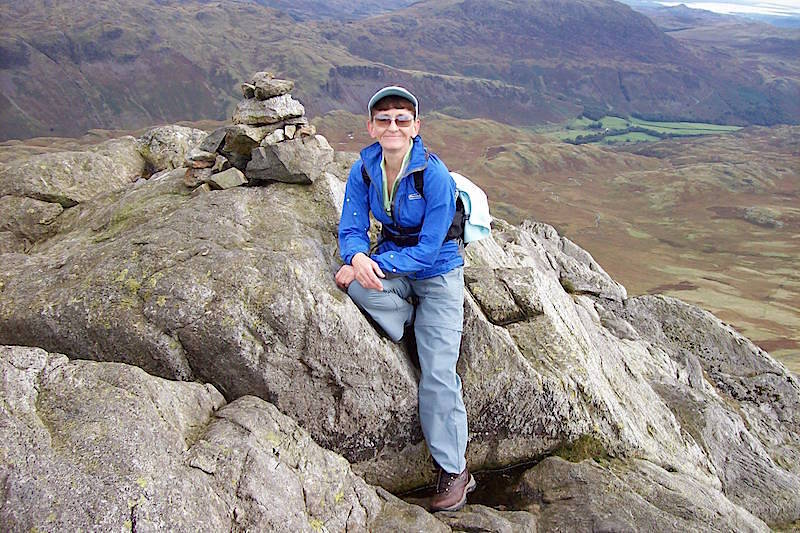 Another smile on Slight Side summit. The smiles disappeared about fifteen minutes later. On the descent across the rough and rocky slope a misplaced step resulted in a fall, a bump on the head and a deep cut to the nose, not mine I hasten to add. Out came the first aid kit and after some patching up with sticking plasters, a couple of paracetamols and a bit of recovery time we were able to continue, with me leading the way this time. That way I could be sure that the descent back down to Brackenclose would be done a whole lot more carefully and slowly, and any attempt to go past me was absolutely forbidden. J was still a bit too shaken up to argue and did as he was told for once.