We hadn’t intended walking anywhere today as the forecast was for it to be overcast, cloudy and cold, nobody mentioned a blue sky day at all. Having seen what sort of a day it was we decided to take advantage of the weather even if it meant only a short walk somewhere. We decided to have a walk up Binsey, we had to shop in Penrith first so we bought some sandwiches there too, and then drove over and parked near Binsey Cottage. Binsey seems to be much derided by some people for not being a ‘proper’ fell, whatever that means.  True, it is small and isolated from any others, but its a very handy one to have when the cloud is down on the higher ones or if, like me at the moment, you are being attacked by some virus or other and your breathing and stamina are well below par. Its not ferociously steep, there’s a good path and the views are extensive, and often better, than those you get on some of the higher tops. 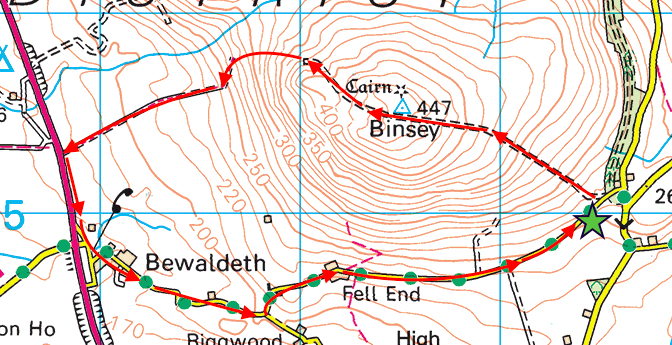 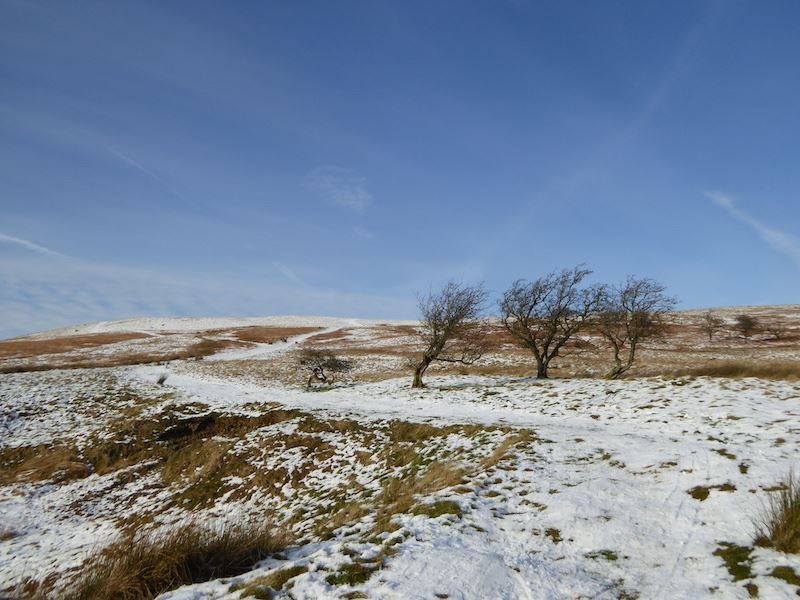 Off we go on the path up to the top of Binsey. 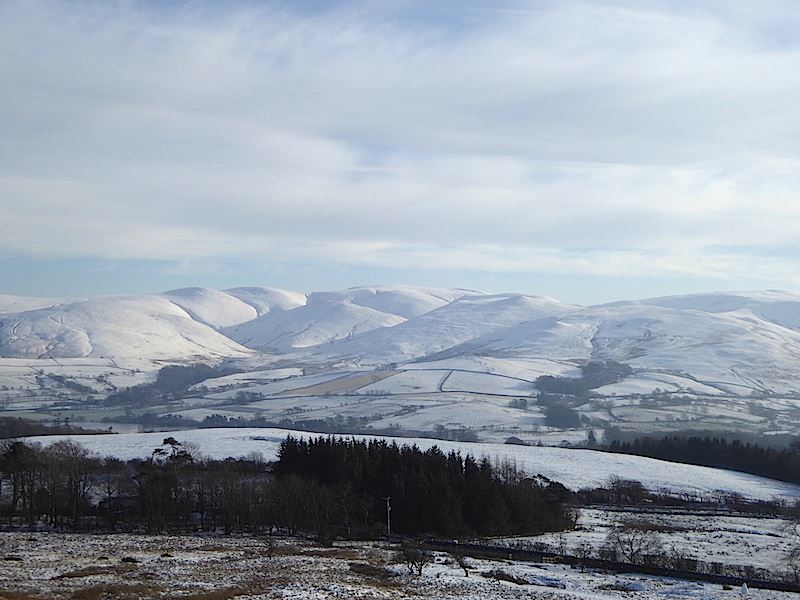 The snow covered northern fells from the slopes of Binsey. I’ve got some sort of virus infection/’flu which I can’t seem to shake off, and breathing is difficult for me at the moment. Even Binsey’s gentle incline had me puffing and panting and having to stop quite a few times to get myself back on an even keel again. 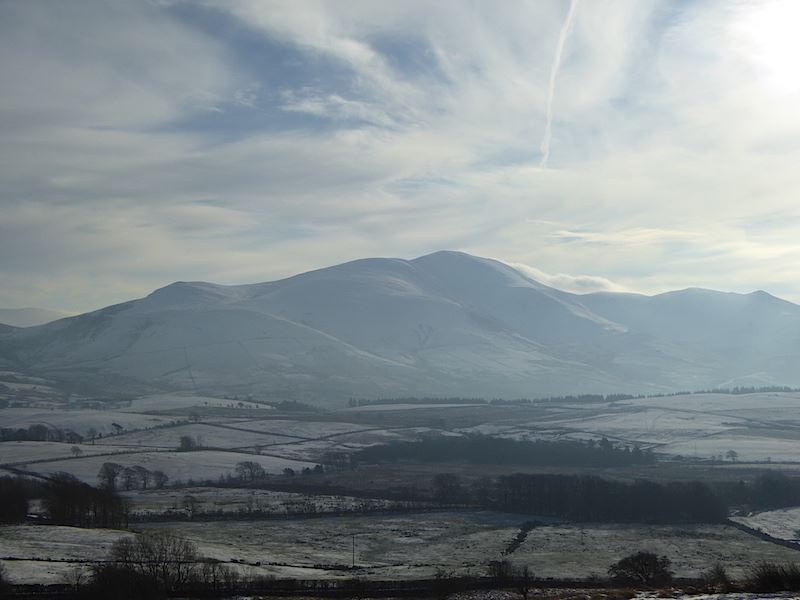 It was a strange sort of light today, the sun was out but in certain directions the thin cloud and the haze made it almost impossible to see anything very clearly. In the centre of the shot is Skiddaw. 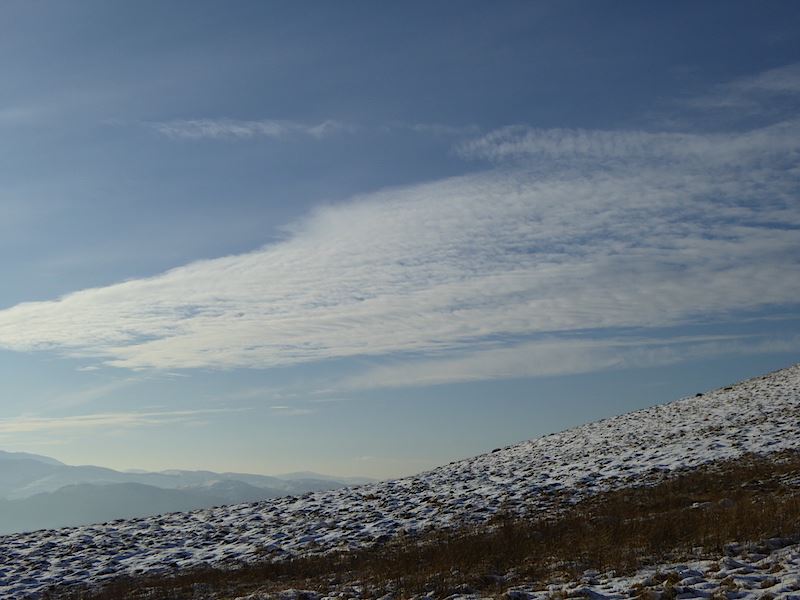 Cloud formations adding interest to the lovely blue sky, but they weren’t helping the lighting conditions. 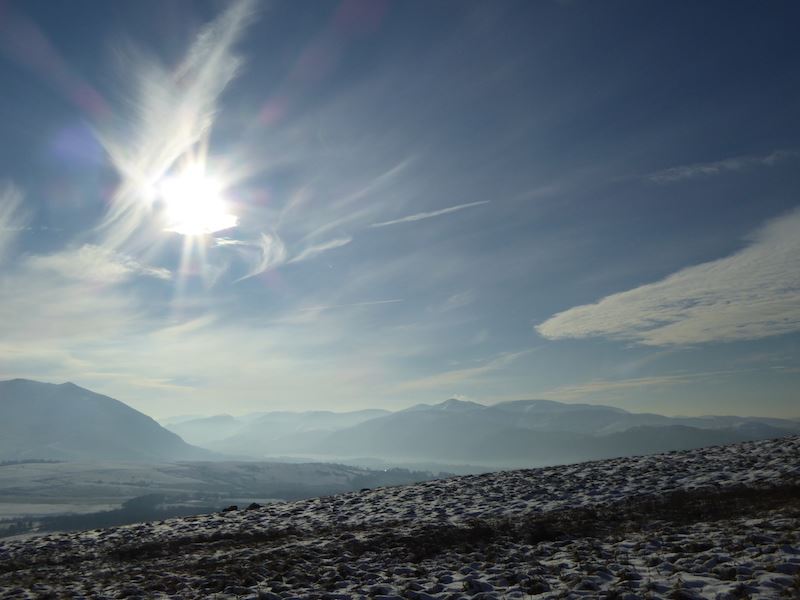 Clouds forming and changing high above Ullock Pike to the left. The distant fells are hard to distinguish in the haze. 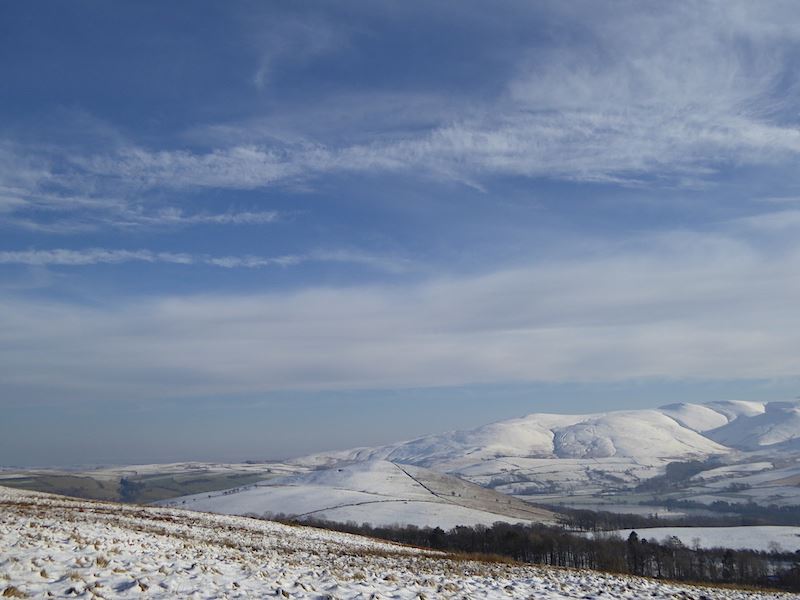 Things were a bit clearer across the northern fells. 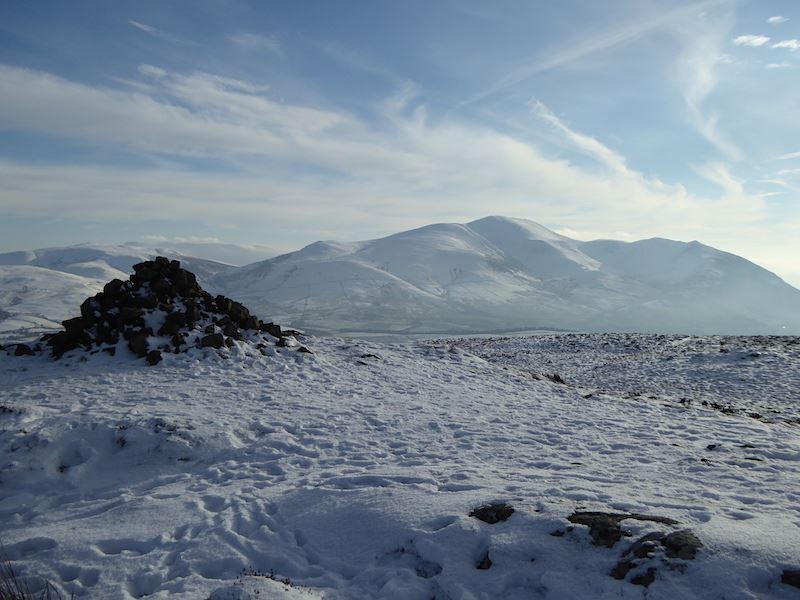 On Binsey summit looking towards Skiddaw and Ullock Pike. 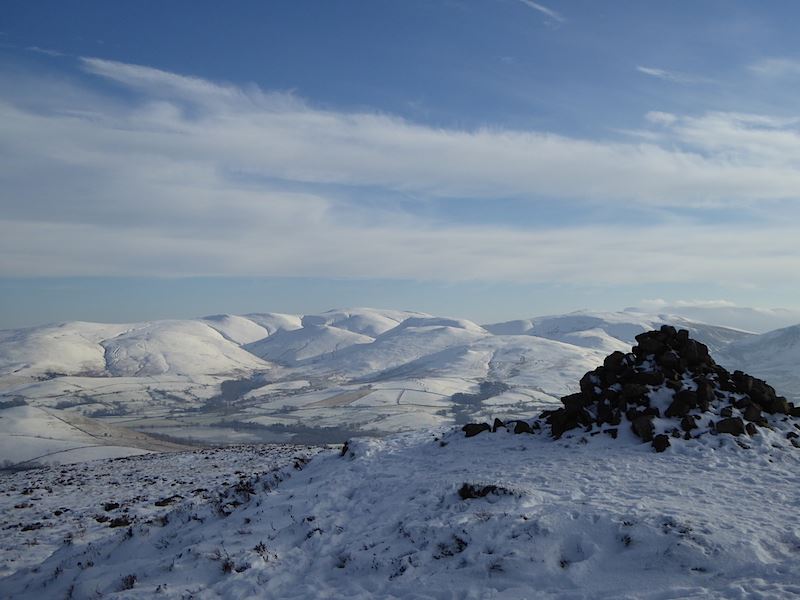 Moving a little to the left for another view over the northern fells. 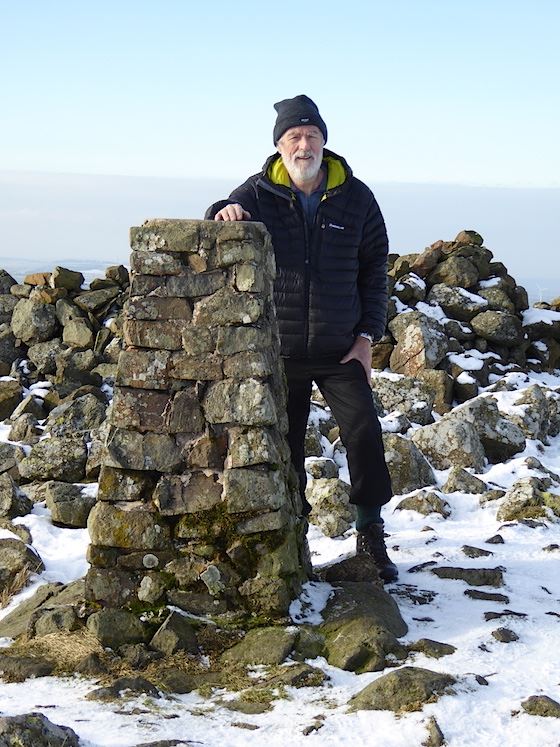 The trig point and shelter on Binsey summit. Not a breath of wind and very warm in the sunshine. 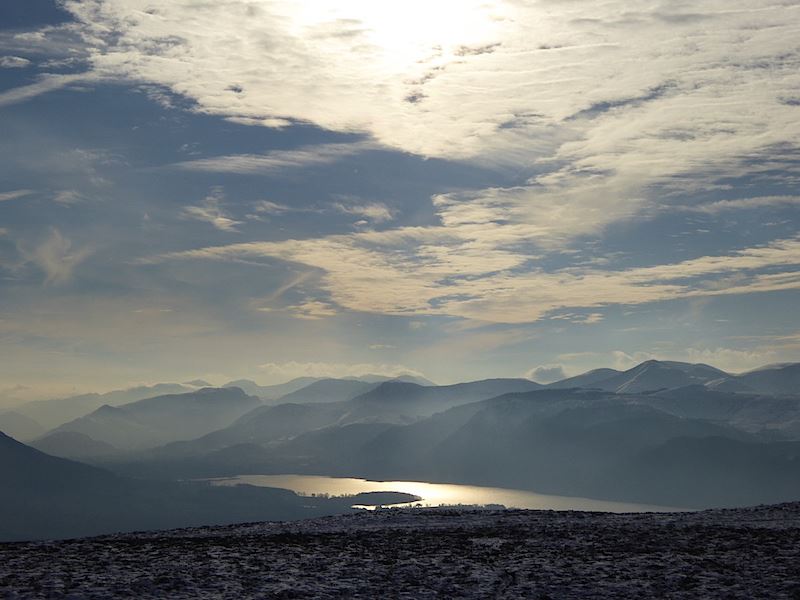 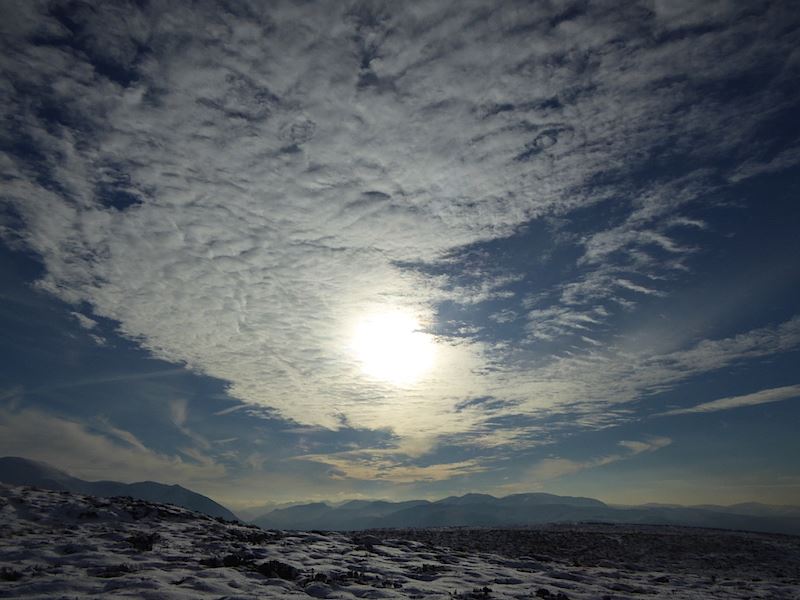 Dramatic cloud formations backlit by the sun, that long line of cloud was one of the reasons for the weird light. 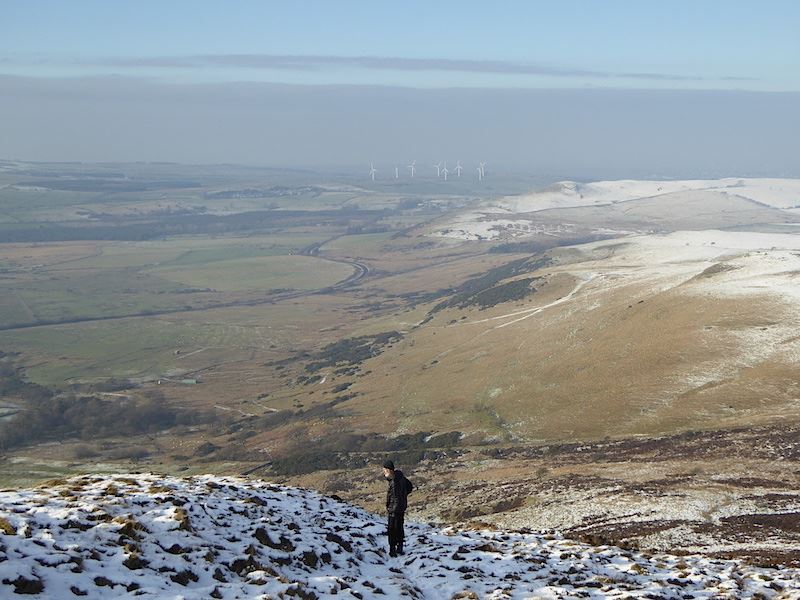 We decided not to simply turn round and go back the way we had come so we descended westwards from Binsey summit to extend the walk as it was such a nice day. No view of the coast but a good view of the next weather system coming towards us. 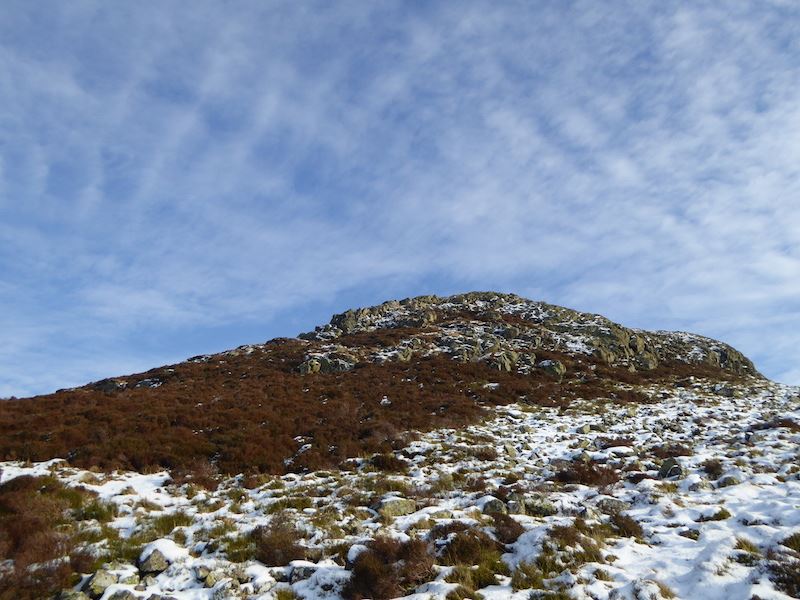 A look back at Binsey summit from its western side. 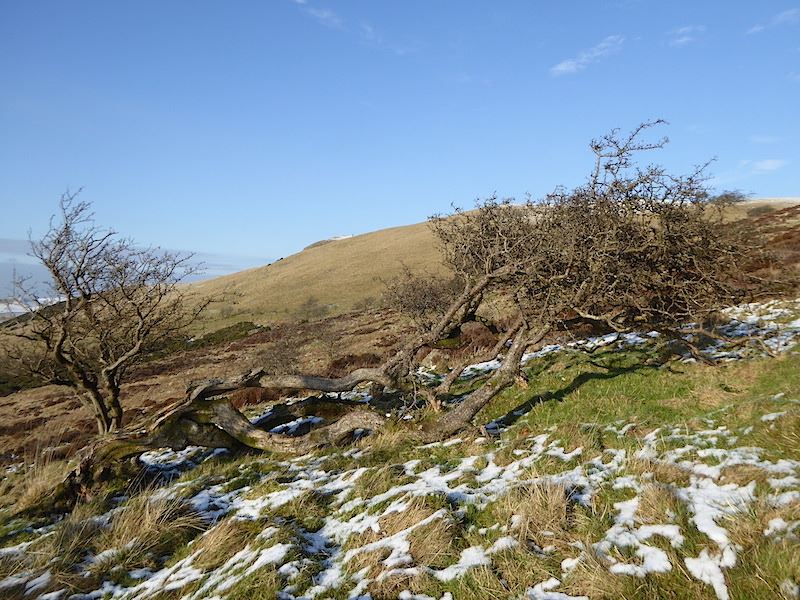 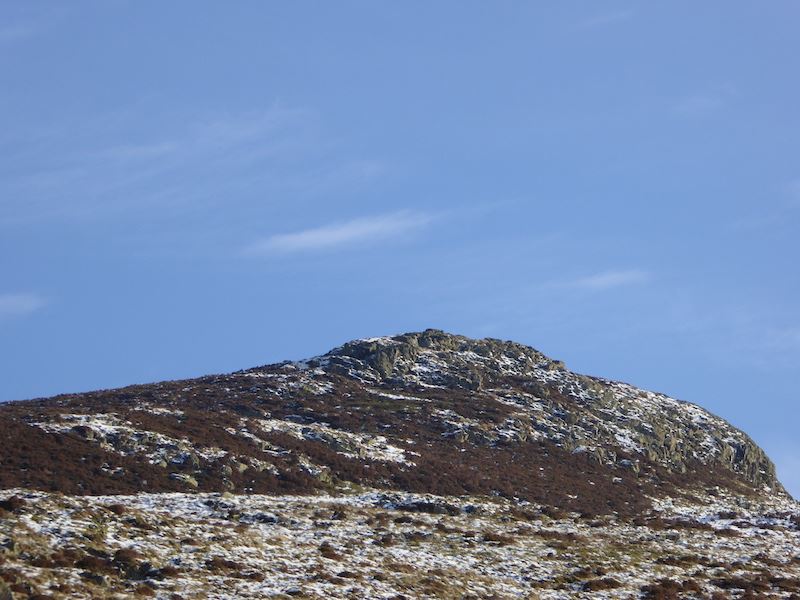 Another look back at Binsey from lower down, just to show that Binsey does have an interesting side to it. 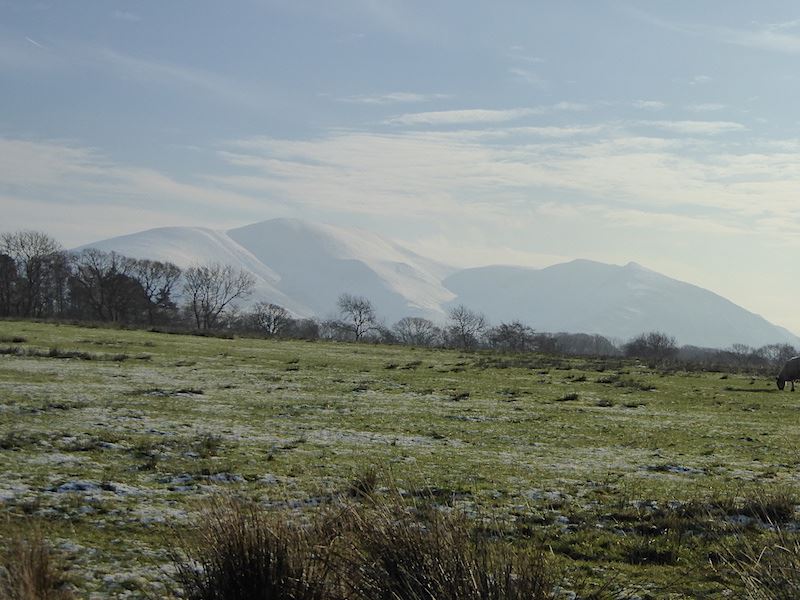 A look across to Skiddaw and Ullock Pike and the views seem to have become even hazier. 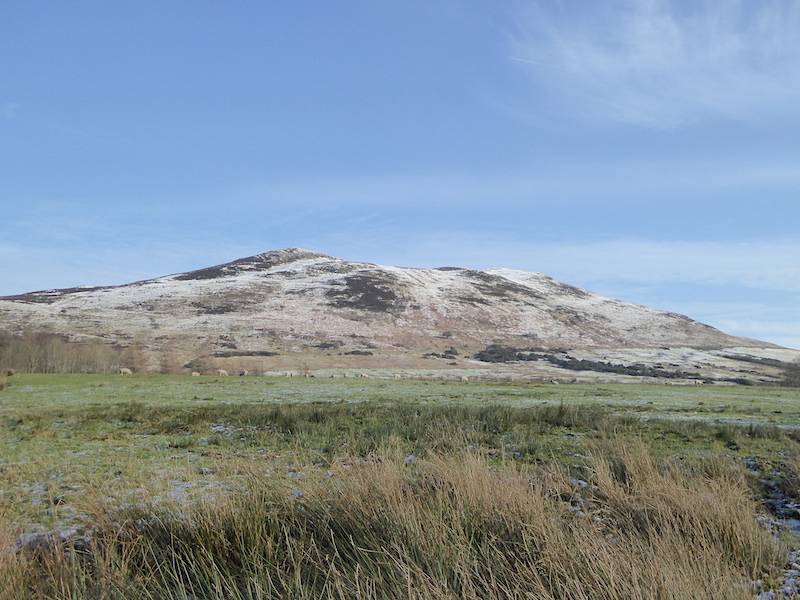 A look back at Binsey as we walk across the fields to the road. 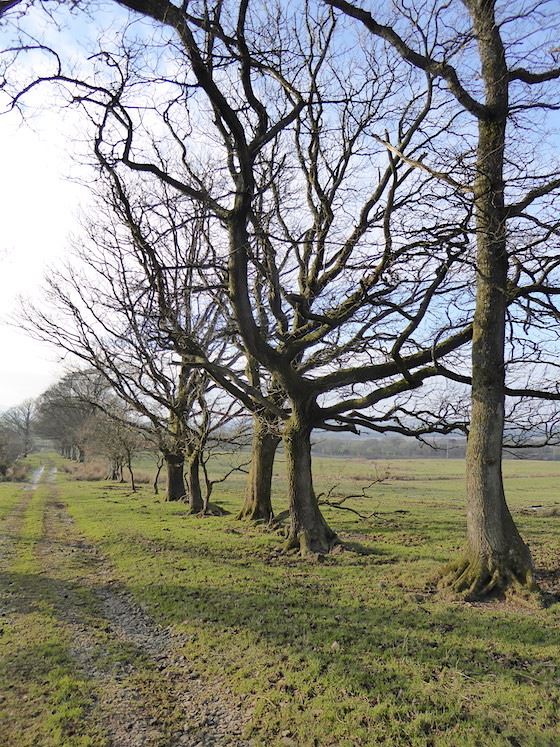 Very easy and pleasant walking now through this avenue of trees, the muddy bits were easily avoided. 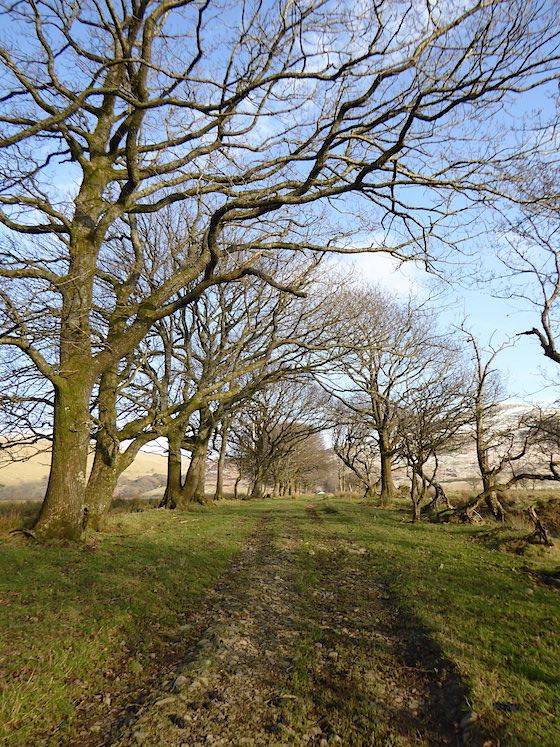 A look back up along the tree lined lane. 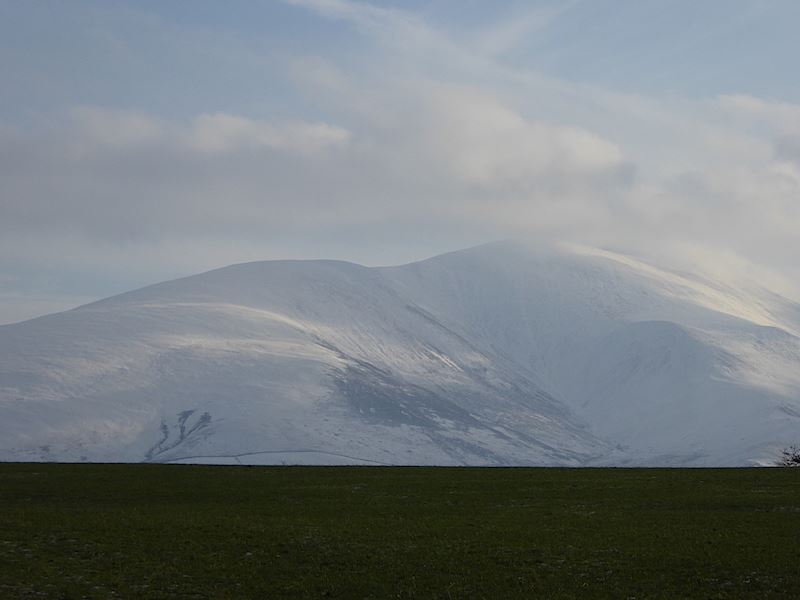 Skiddaw now has some cloud over its summit. 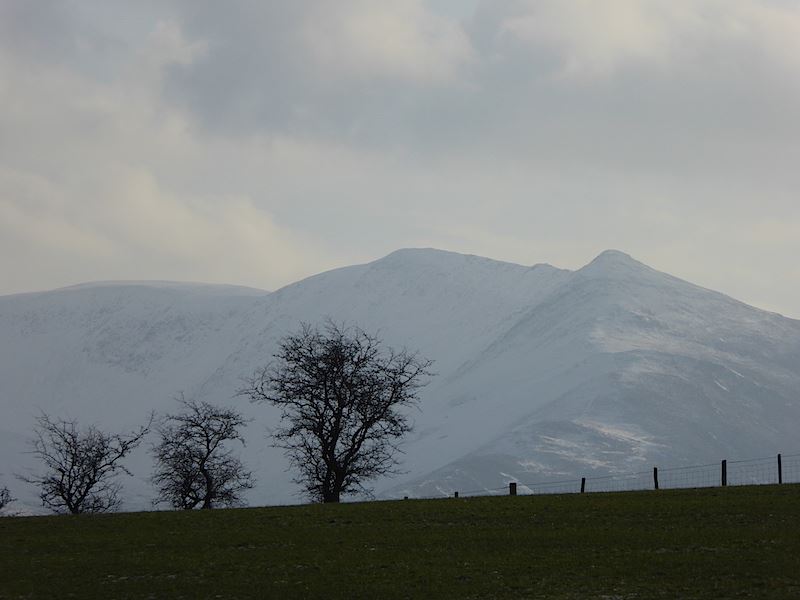 The Ullock Pike ridge is still visible although the cloud is building. 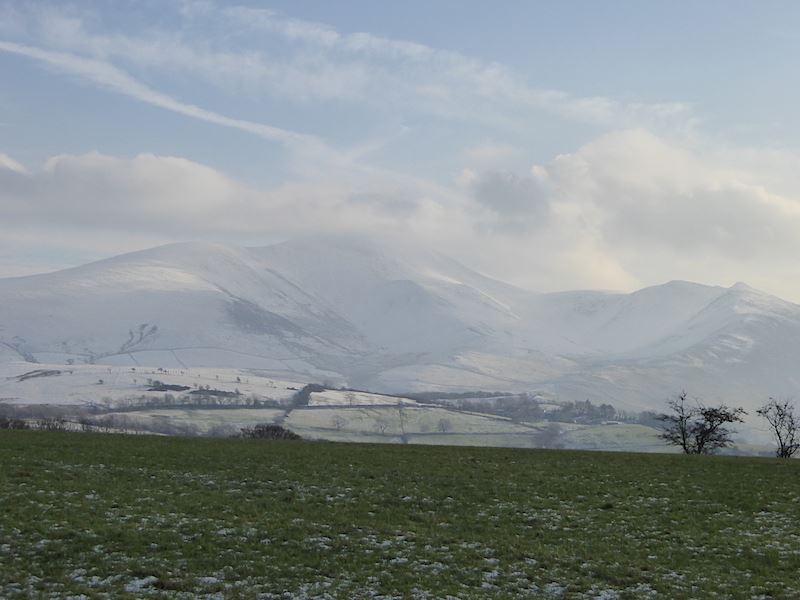 A last look at Skiddaw and its neighbours as we make our way back to Binsey Cottage. The weather front we had seen coming in from Binsey summit had now reached us, the sun disappeared behind the cloud and that was the end of the blue sky and sunshine.